Barth, Travels and Discoveries in North and Central Africa.

Travels and Discoveries in North and Central Africa – Including Accounts of Timbúktu, Sókoto, and The Basins of The Niger and Bénuwé.

Account of the German philologist Dr. Barth’s travels in Northern and Central Africa. He traveled as part of a British government sponsored expedition.
Includes, for example, the following: Setting out for Bagrimi – The country Kotoko / Home journey to Kukawa – Death of Mr Overweg / Journey from Katsena to Sokoto / Residence in Wurno / The Hilly Country of Gurma / Retrograde Movement Towards Timbuktu / The Ancient Capital of Songhay, and its Neighbourhood / Seperation from the Sheikh – Cross the River to the Southwestern Side – Various Encampments – River Studded with Islands – Ansongho etc.

Heinrich Barth (1821-1865) is thought to be one of the greatest of the European explorers of Africa, as his scholarly preparation, ability to speak and write Arabic, learning African languages, and character meant that he carefully documented the details of the cultures he visited. He was among the first to comprehend the uses of oral history of peoples, and collected many. He established friendships with African rulers and scholars during his five years of travel (1850-1855). After the deaths of two European companions, he completed his travels with the aid of Africans. Afterwards, he wrote and published a five-volume account of his travels in both English and German. It has been invaluable for scholars of his time and since. (Wikipedia) 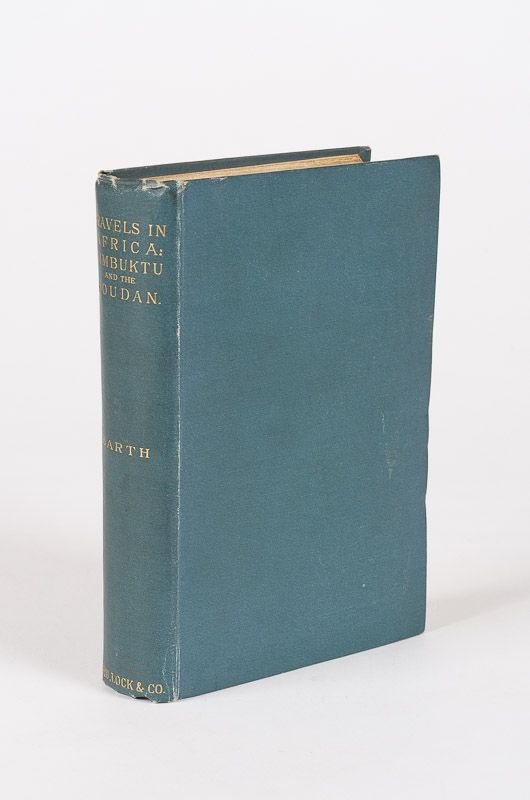