Two beautiful maps of the Falkland Islands (Islas Malvinas) and Patagonia bordered by a decorative boundary.
In the upper section the islands of the Falkands are shown and identified: West Falkland and East Falkland the chief among them. Hachuring depicts relief and the few rivers shown are identified. A bar-scale lies beneath the islands.
In the lower section is Patagonia and the archipelago of Tierra del Fuego, separated from the mainland by the Strait of Magallanes. The names and locations of the indigenous ‘wandering tribes of Indians’ are shown on the map also: ‘Teheul-het’ or Southern People, the ‘Puel-che’ or Eastern People, the ‘Chulilon’ and ‘Moluche’ Indians. The plethora of offshore islands, such as Chiloe Island in the Gulf of Ancud in the Pacific, and peninsular points, like the Peninsula of S. Josef on the Atlantic side, are identified. To the east the West Falkand can be seen. A bar-scale is in the lower right corner of the map. 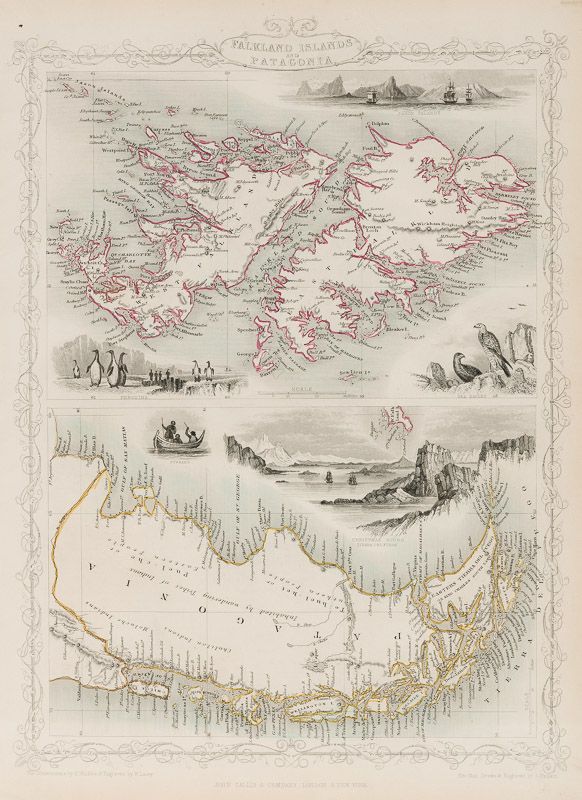