Dickson, The Farmer's Companion; being a complete System of Modern Husbandry: In

The Farmer’s Companion; being a complete System of Modern Husbandry: Including the Latest Improvements and Discoveries, in Theory and Practice. Illustrated by numerous Engravings. With 102 copper engraved plates (including two larger hand-coloured fold – out plates).

Second Edition. In two Volumes (complete set). London, Printed for Sherwood, Neely and Jones, 1813. Large Octavo. Both volumes together contain 948 pages interleaved illustrations throughout the volumes (many of these plates are folding out) including a General Index. [Please ask for a full list of the illustrations]. Hardcover / Two modern halfleather / full leather bindings (see images). Volume I in octavo format and in a brown full leather with spinelabel / Volume II in large octavo and bound in an excellent green half morocco with gilt lettering on spine, marbled boards and leather corners. Both volumes with new endpapers. Some illustrations and text towards the end of Volume II with some faint dampstaining only. Three illustrations are present twice in these volumes (Plates 35, 54 and 84). Extremely rare publication in very good condition !! 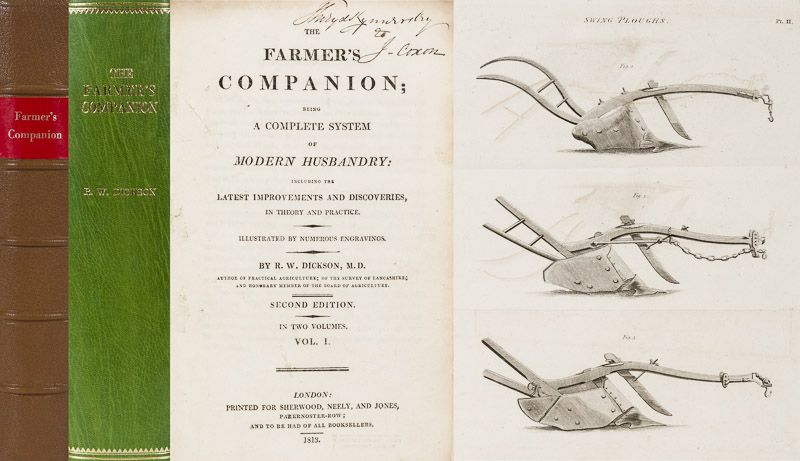 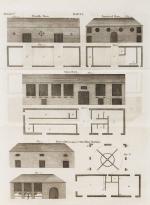 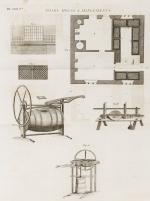 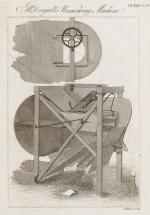 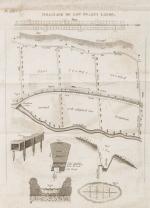 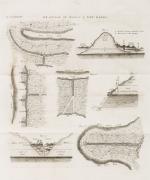