Hale, The Primitive Origination of Mankind, considered and examined According to

The Primitive Origination of Mankind, considered and examined According to The Light of Nature. [with extensive contemporary manuscript annotations]. Written by the Honourable Sir Matthew Hale Knight: Late Chief Justice of His Majesties Court of King’s Bench.

First Edition. London, Printed by William Godbid, for William Shrowsbery [sic] [Shrewsbury] at the Sign of the Bible in Duke-Lane, 1677. Large Quarto. Frontispiece-portrait (original copper-engraving) of Sir Matthew Hale by dutch print artist Frederick Hendrik Van Hove, [10], 380 pages. All edges painted red (contemporary 17th century speckled red). Hardcover / Splendid recent half-leather with new spinelabel and marbled-paper-covered-boards. Original endpapers and original pastedown with original bookplate/Exlibris of Richard Meade (Ballymartle). Very interesting, contemporary annotations in ink to nearly every paragraph of the pages 1 – 47. The annotations closely cropped with some frequent text-loss to the annotations only (text-loss ranges from only a few letters to full words along each page but the meaning is still conceivable). The extensive annotations reflect not only on Descartes supposition on Epicurus “what colour of evidence have we of the various Configurations of his Atomes”, but also the chapter in which Hale is “Touching the Excellency of the Humane Nature in general” is commented in sections in which the sense of Vegetables is elaborated on as is on the senses: Touching, Smelling, Tasting, Hearing, Seeing. All annotations wonderfully speculative and in a very readable hand. Name of preowner written in ink on titlepage: “Jon. Falkner” [Jonathan Falkner or John Falkner]. Excellent condition after this work was recently beautifully restored by an english master-bookbindery.

In their publication “Race in Early Modern England” (pp. 266-269), Ania Loomba and Jonathan Burton highlight Matthew Hale’s work:
″Matthew Hale became Chief Justice of the King’s Bench in 1671. Best known as an authority on English criminal law, Hale was also the author of several religious treatises, including “The Primitive Origination of Mankind” (1677). While arguing for the creation of the human race by an intelligent agent, Hale here takes issue with the polygenetic arguments of Isaac de la Peyrère while himself speculating about the origins of Native Americans.” 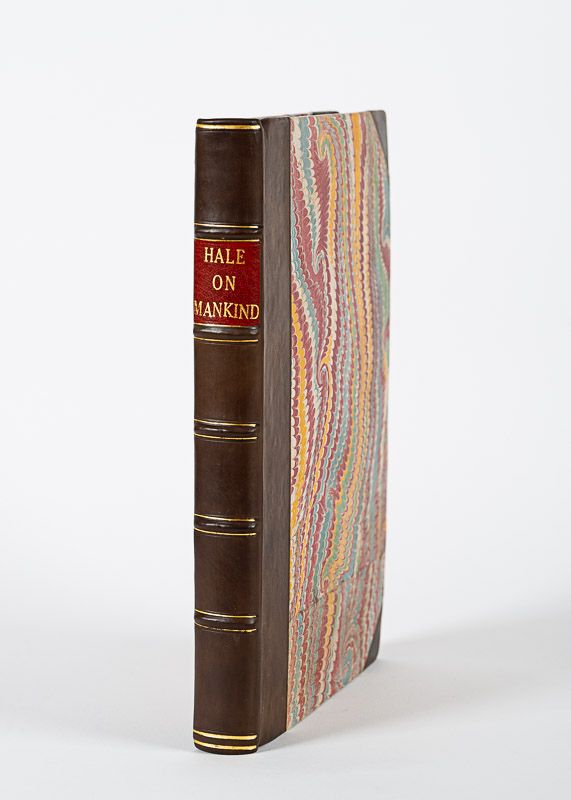 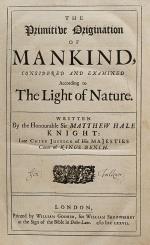 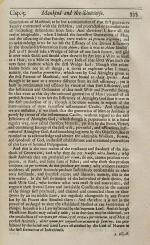 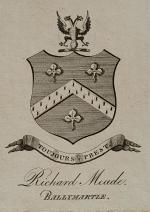 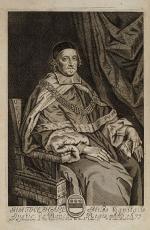