[Inanna] Bart Heimann, The Biography of Goddess Inanna - Indomitable Queen of He

The Biography of Goddess Inanna – Indomitable Queen of Heaven, Earth and Almost Everything: Her Story is Women’s Story.

When stars were many and people few, a great story was told everywhere. The first storytellers were women. Their story was so large it filled the universe — it told of a Great Mother encompassing life, death and return of everything. When Neolithic farming people settled, and depended on plentiful crops and herds, a goddess of fertility stepped into stardom. Inanna is the Sumerian goddess of love, crescent moon, evening star, fertility and renewal. She is the longest lasting supreme goddess of the Ancient Near East.
Inanna’s biography includes her rise to supreme holder of almost all the powers of culture and civilization. 5000 year old poems bring Inanna to life. She sings to her miraculous vulva and to her consort-lover; she struggles to keep her powers and complains of her losses and demotions. Inanna represents life’s powerful contradictions. She changes peace to war and back again; she causes strife and brings love; she turns women into men and men into women. Inanna loves all her people, every one.

A biography must have adversity and Inanna has plenty; she must always conquer of the ever-rising tide of patriarchal domination in all its forms. Buried and forgotten for two millennia, she now steps from the dust, ties up her sandals, applies her kohl, adjusts her tiara, summons her lions, and returns. Her story is also woman’s story. Let me introduce you to Inanna, Queen of Heaven, Earth, and almost everything (Sandra Bart Heimann)

Inanna is an ancient Mesopotamian goddess associated with sex, war, justice, and political power. She was originally worshiped in Sumer and was later worshipped by the Akkadians, Babylonians, and Assyrians under the name Ishtar. She was known as the “Queen of Heaven” and was the patron goddess of the Eanna temple at the city of Uruk, which was her main cult center. She was associated with the planet Venus and her most prominent symbols included the lion and the eight-pointed star.

Inanna-Ishtar was associated with lions, which the ancient Mesopotamians regarded as a symbol of power.Her associations with lions began during Sumerian times; a chlorite bowl from the temple of Inanna at Nippur depicts a large feline battling a giant snake and a cuneiform inscription on the bowl reads “Inanna and the Serpent,” indicating that the cat is supposed to represent the goddess. During the Akkadian Period, Ishtar was frequently depicted as a heavily armed warrior goddess with a lion as one of her attributes.

Doves were also prominent animal symbols associated with Inanna-Ishtar. Doves are shown on cultic objects associated with Inanna as early as the beginning of the third millennium BC. Lead dove figurines were discovered in the temple of Ishtar at Aššur, dating to the thirteenth century BC and a painted fresco from Mari, Syria shows a giant dove emerging from a palm tree in the temple of Ishtar, indicating that the goddess herself was sometimes believed to take the form of a dove.

Inanna has become an important figure in modern feminist theory because she appears in the male-dominated Sumerian pantheon, but is equally as powerful, if not more powerful than the male deities she appears alongside. Simone de Beauvoir, in her book The Second Sex (1949), argues that Inanna, along with other powerful female deities from antiquity, have been marginalized by modern culture in favor of male deities. Tikva Frymer-Kensky has argued that Inanna was a “marginal figure” in Sumerian religion who embodies the “socially unacceptable” archetype of the “undomesticated, unattached woman”. Johanna Stuckey has argued against this idea, pointing out Inanna’s centrality in Sumerian religion and her broad diversity of powers, neither of which seem to fit the idea that she was in any way regarded as “marginal”. (Wikipedia) 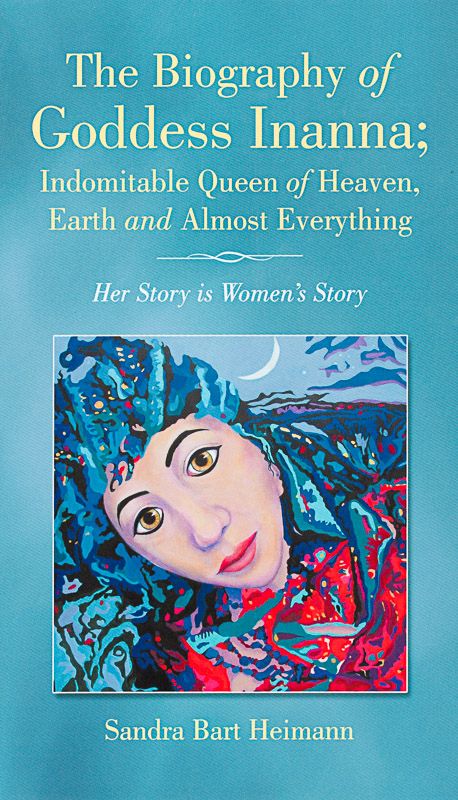 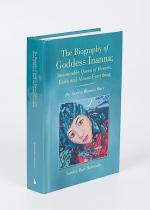 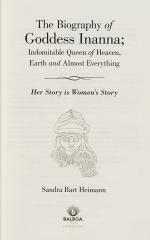