n.a. Northern Regions, or a Relation of Uncle Richard's Voyages for the Discover

Northern Regions, or a Relation of Uncle Richard’s Voyages for the Discovery of a North-West Passage and an Account of the Overland Journies of other Enterprizing Travellers.

London, J. Harris, 1825. 17.4cm x 11.1cm. XII, 315 pages. With 11 [of 12] beautiful full-page-plates, (each with two engravings) and a fold-out map of the arctic regions from 1825. Original, illustrated Hardcover. Binding a little distorted. The cover-illustration faded. Otherwise in very good condition with only minor signs of external wear. The fold-out map is cleanly torn (now in two parts).

Includes for example the following: Several mentions of Irkutsk, Cossacks, Yakuti Sorcerer, Proceeds to Kamtschatka, Manufactories at Irkutsk, Kazan, Ekatherinebourg, Motives of (John Dundas Cochrane) Captain Cocherane’s Journey to Siberia, John Dundas Cochrane’s visit to Frankfurt in Germany, Captain Franklin’s Illness, Preceding Voyagers, Amusements on Shore / Preparations made in the Ships for passing the winter / Salad-Beds / Ships Ordered to be in preparation for Sailing / Find all in Melville Isle well / Object of Captain Franklin’s Expedition to the Copper-Mine River / Traveller’s prepare to leave Cumberland-House / Winter at Fort Enterprize / Embark on the Polar Sea / Arrival of Esquimaux / Danger to the Hecla from the Tides / Motives of Captain Cochrane’s Journey to Siberia, etc.

Rear-Admiral Sir John Franklin KCH FRS FLS FRGS (16 April 1786 – 11 June 1847) was a British Royal Navy officer and Arctic explorer. After serving in wars against Napoleonic France and the United States, he led two expeditions into the Canadian Arctic and through the islands of the Arctic Archipelago, in 1819 and 1825, and served as Lieutenant-Governor of Van Diemen’s Land from 1839 to 1843. During his third and final expedition, an attempt to traverse the Northwest Passage in 1845, Franklin’s ships became icebound off King William Island in what is now Nunavut, where he died in June 1847. The icebound ships were abandoned ten months later and the entire crew died, from causes such as starvation, hypothermia, and scurvy. (Wikipedia) 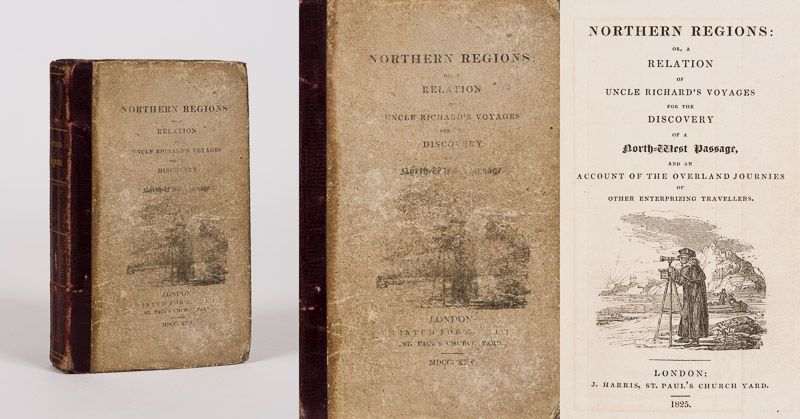 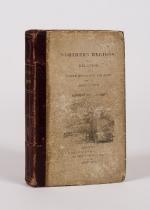 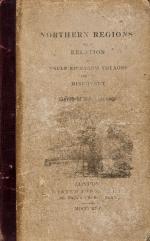