Randolph, A Vindication of the Doctrine of the Trinity - From the exceptions of

First Edition. Oxford, Printed at the Theatre for James Fletcher in the Turl, 1754. Octavo. 101, (2), 104, 134 pages plus Appendix: 70 pages plus (10 unnumbered pages, including one page of advertising). Hardcover / Original 18th-century calf with gilt ornament and original spine-label. In protective collector’s Mylar. Besides some abrasions and minor damages to the boards in very good condition with only minor signs of external wear. Bookplate of Daniel Conner to pastedown. Extremely rare !

Thomas Randolph D.D. (1701–1783) was an English academic, President of Corpus Christi College, Oxford, and Christian theologian.
Randolph graduated M.A. and D.D. at Corpus Christi College, Oxford, where he became a Fellow in 1723. He attracted the attention of John Potter, then Bishop of Oxford, who, after he became Archbishop of Canterbury in 1737, gave several preferments to Randolph. He became noted as an orthodox Anglican theologian, and in 1748 was elected President of Corpus. In 1756, he was Vice-Chancellor of Oxford University, until 1759. He was Archdeacon of Oxford from 1767 to 1783. (Wikipedia) 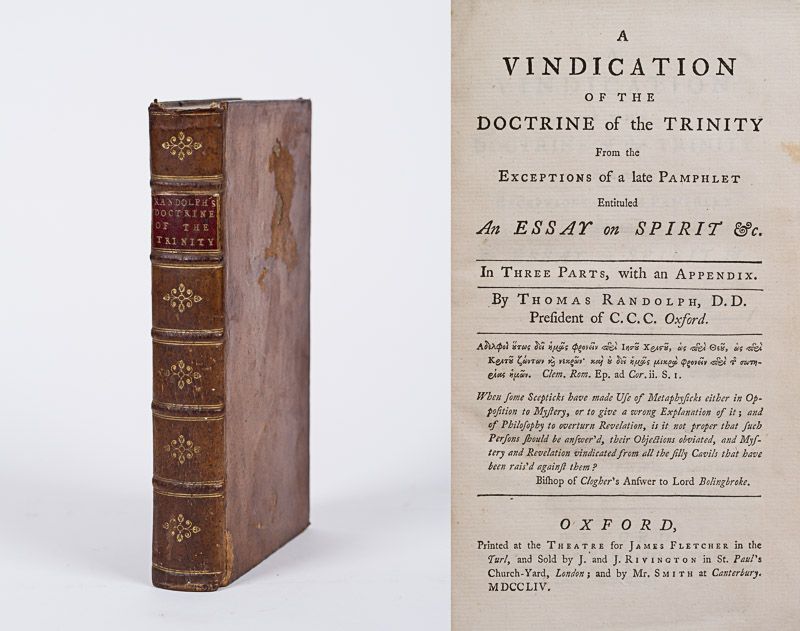 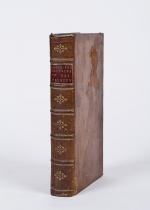