Tempsky, Mitla, a Narrative of Incidents and Personal Adventures on a Journey in

Mitla, a Narrative of Incidents and Personal Adventures on a Journey in Mexico, Guatemala and Salvador in the Years 1853 to 1855 with Observations on the Modes of Life in Those Countries. Edited by J.S.Bell.

First Edition. London, Longman, Brown, Green, Longmans & Roberts, 1858. Large Octavo. XVI, 436 pages with all illustrations and the large folding map complete ! The illustrations include: 5 coloured chromolithographic plates one of these is a folded, double-page size), 11 woodcuts, large folded map “Route through Mexico, Guatemala & San Salvador” (this 19th century map also shows Upper California, New Mexico and Texas as well as New Orleans with Red River and the Missouri River). Hardcover / Beautifully rebacked, modern dark green morocco with gilt ornaments to spine and boards. Excellent condition with only minor signs of external wear. Only very minor signs of foxing to some of the plates as usual. The text clean. Von Tempsky’s explorations and descriptions of the journey from San Francisco to Mazatlan to Durango to Mexico City to Puebla to Tehuantepec to Guatemala to Santa Catarina to San Salvador with cultural descriptions of the locals and their customs are of great value.

The extraordinary early colour-chromolithographs show: Mexicans near the Hacienda of El Valle / View of Durango from the Santuario / Fight between the Ranchero and his Indian Antagonists / Main Building of the Ruins near MITLA / Lake of the Atitlan /

Gustavus Ferdinand von Tempsky (15 February 1828 – 7 September 1868) was a Prussian adventurer, artist, newspaper correspondent and soldier in New Zealand, Australia, California, Mexico and the Mosquito Coast of Central America. He was also an amateur watercolourist who painted the New Zealand bush and the military campaign.
Gustav von Tempsky was born in Königsberg, East Prussia, into a Prussian noble family. The family had branches in Silesia and elsewhere and had a long military tradition. Tempsky was brought up in Liegnitz in Lower Silesia. After this time, he was sent to a junior cadet school in Potsdam and then a cadet school in Berlin. He was a cousin of the German writer Valeska von Gallwitz.

In 1844, he was commissioned into his father’s regiment in the Royal Prussian Army, possibly the Garde-Fusilier Regiment in which his brother, Benno Waldemar von Tempsky was a second lieutenant. In 1846, tiring of the routine, Tempsky left the regiment after only nine months for the Prussian settlement on the Mosquito Coast of Central America. He accepted a commission to command a force of Mosquito Indians, which had been set up by Britain.

In 1850, he went to the new California goldfields, but did not strike gold. In 1853, he returned to the Prussian colony, via Mexico, Guatemala, and Salvador, and later wrote a book, Mitla, about his journey.

He had been courting Emelia Ross Bell, the elder daughter of the British government agent from Scotland, James Stanislaus Bell, at the nearby British settlement of Bluefields (or Blewfields) before he left, but her father did not approve, probably because of his youth and lack of prospects. After his return, on 9 July 1855 at Bluefields, he married Emelia. In 1858 a son, Louis von Tempski, was born in Glasgow, Scotland. The family emigrated from Liverpool to Victoria, Australia on the ship Sirocco, arriving in Port Melbourne on 1 August 1858, with two young sons, Randal age two, and Louis, age one. Two more children were registered as born on the Bendigo goldfields. The above-mentioned Louis von Tempsky’s birth was registered at Sandhurst, Victoria, in 1858, and Lina von Tempsky, born 1859 at Sandhurst. In Melbourne, Tempsky made vigorous approaches to lead the proposed Trans-Continental Exploring Expedition, but his suit was ill-favoured by the committee, in the main because of the English prejudice of leading members, who chose Robert O’Hara Burke to lead. The venture became known as the Burke and Wills expedition, with the well-known and fatal outcomes. In the aftermath, Tempsky took his family via the ship Benjamin Heape across the Tasman to New Zealand, departing Melbourne on 13 February 1862. (Wikipedia) 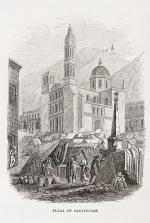 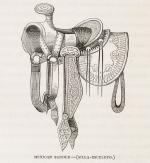 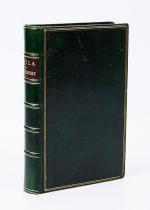 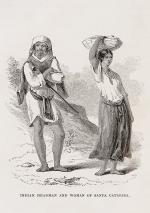 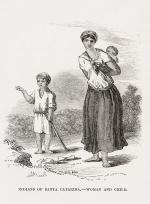 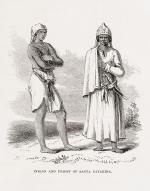 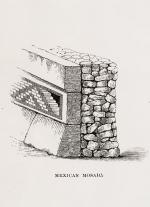