Helvétius’ philosophical studies ended in the production of his famous book De l’esprit (On Mind). It was first published in 1758 and was intended to be the rival of Montesquieu’s Spirit of the Laws, with Helvétius arguing strongly against Montesquieu’s theory that climate influenced the character of nations.
The work attracted immediate attention and aroused the most formidable opposition, especially from the dauphin Louis, son of King Louis XV. The Advocate General Joly de Fleury condemned it in the Parlement of Paris in January 1759. The Sorbonne condemned the book, while the priests persuaded the court that it was full of the most dangerous doctrines. The book was declared to be heretical – so atheistic that it was condemned by Church and State and was burned. Helvétius, terrified at the storm he had raised, wrote three separate and humiliating retractions. In spite of his protestations of orthodoxy, the book was publicly burned by the Paris hangman.
It had far-reaching negative effects on the rest of the philosophes, in particular, Denis Diderot, and the great work he was doing on the Encyclopedie. The religious authorities, particularly the Jesuits and the new pope began to fear the spread of atheism and wanted to clamp down on the ‘modern thought’ hard and quickly. De l’esprit became almost a scapegoat for this. This great publicity resulted in the book being translated into almost all the languages of Europe. Voltaire said that it lacked originality. Rousseau declared that the very benevolence of the author gave the lie to his principles. Grimm thought that all the ideas in the book were borrowed from Diderot. Madame du Deffand felt that Helvétius had raised such a storm by saying openly what everyone thought in secret. Madame de Graffigny claimed that all the good things in the book had been picked up in her own salon. (Wikipedia) 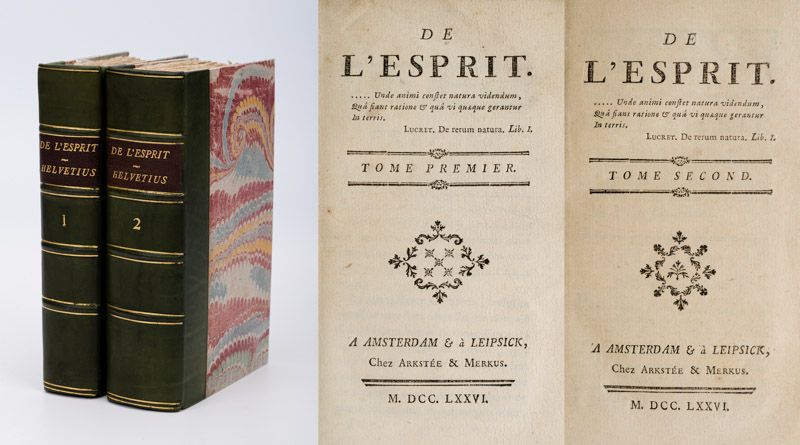 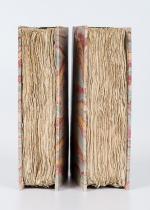 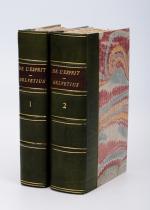