[George Boole’s The Laws of Thought 1854; John Venn’s Symbolic Logic 1881]
In his An Investigation into the laws of thought Boole now defined a function in terms of a symbol x as follows:

In his 1881 Symbolic Logic Venn was using the words “logical function” and the contemporary symbolism ( x = f(y), y = f-1(x), cf page xxi) plus the circle-diagrams historically associated with Venn to describe “class relations”, the notions “‘quantifying’ our predicate”, “propositions in respect of their extension”, “the relation of inclusion and exclusion of two classes to one another”, and “propositional function” (all on p. 10), the bar over a variable to indicate not-x (page 43), etc. Indeed he equated unequivocally the notion of “logical function” with “class” [modern “set”]: “… on the view adopted in this book, f(x) never stands for anything but a logical class. It may be a compound class aggregated of many simple classes; it may be a class indicated by certain inverse logical operations, it may be composed of two groups of classes equal to one another, or what is the same thing, their difference declared equal to zero, that is, a logical equation. But however composed or derived, f(x) with us will never be anything else than a general expression for such logical classes of things as may fairly find a place in ordinary Logic”. (Wikipedia) 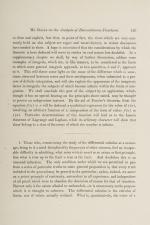 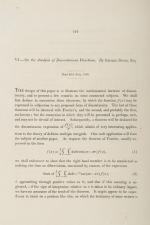