Daubeny, Sketch of the Geology of North America, being the Substance of a Memoir

Sketch of the Geology of North America, being the Substance of a Memoir read before the Ashmolean Society Nov. 26, 1838.

First Edition. Oxford, Printed by T. Combe / The Ashmolean Society, 1839. Octavo. Frontispiece [Folded map of the eastern half of North America], XVIII, 73 pages. Original Softcover / Original printed wrappers in custom made cloth-case (see images). Content-Page detached and loosely inserted. Otherwise this publication is in its very rare original state and in excellent condition with only minor signs of external wear.

Charles Giles Bridle Daubeny (11 February 1795 – 12 December 1867) was an English chemist, botanist and geologist.
Daubeny was born at Stratton near Cirencester in Gloucestershire, the son of the Rev. James Daubeny. He went to Winchester College in 1808, and in 1810 was elected to a demyship at Magdalen College, Oxford, under Dr. John Kidd. From 1815 to 1818 he studied medicine in London and Edinburgh. He took his M.D. degree at Oxford, and was a fellow of the College of Physicians.
In 1819, in the course of a tour through France, he made the volcanic district of Auvergne a special study, and his Letters on the Volcanos of Auvergne were published in The Edinburgh Journal. He was elected a fellow of the Royal Society in 1822.

By subsequent journeys in Hungary, Transylvania, Italy, Sicily, France and Germany he extended his knowledge of volcanic phenomena; and in 1826 the results of his observations were given in a work entitled A Description of Active and Extinct Volcanos. In common with Gay-Lussac and Davy, he held subterraneous thermic disturbances to be probably due to the contact of water with metals of the alkalis and alkaline earths.
In November 1822, Daubeny succeeded Kidd as professor of chemistry at Oxford, and retained this post until 1855. In 1834, he was appointed to the chair of botany to which was subsequently attached that of rural economy. At the Oxford botanical garden he conducted numerous experiments upon the effect of changes in soil, light and the composition of the atmosphere upon vegetation. In 1830 he published in the Philosophical Transactions a paper on the iodine and bromine of mineral waters. In 1831 Daubeny represented the universities of England at the first meeting of the British Association, which at his request held their next session at Oxford. In 1836 he communicated to the Association a report on the subject of mineral and thermal waters.

In 1837 he visited the United States and acquired there the materials for papers on the thermal springs and the geology of North America, read in 1838 before the Ashmolean Society and the British Association (and published in 1839). In 1856 he became president of the latter body at its meeting at Cheltenham. The herbarium at Oxford is named after him, as is the plant genus Daubenya.
In 1860, Daubeny read a paper entitled Remarks on the Final Causes of the Sexuality of Plants at the Natural History Section of the British Association for the Advancement of Science in Oxford. The paper references the work of Charles Darwin. Daubeny has been described as an earlier supporter of natural selection. (Wikipedia) 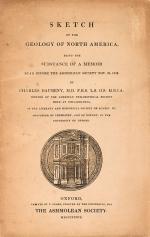 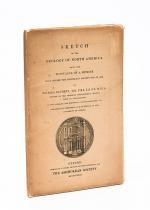 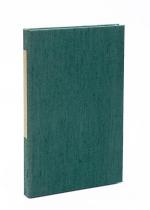