Molyneux, The Case of Ireland's Being Bound by Acts of Parliament in England, st

The Case of Ireland’s Being Bound by Acts of Parliament in England, stated. To Which is Added “The Case of Tenures Upon the Commission of Defective Titles, Argued by all the Judges of Ireland, With Their Resolutions, And the Reasons of Their Resolutions” [this work has its own titlepage].

William Molyneux FRS (17 April 1656 – 11 October 1698) was an Anglo-Irish writer on science, politics and natural philosophy.
He is noted as a close friend of fellow philosopher John Locke, and for proposing Molyneux’s Problem, a thought experiment widely discussed.
Early in 1698, Molyneux published The Case of Ireland’s being Bound by Acts of Parliament in England, Stated. This controversial work—through application of historical and legal precedent—dealt with contentious constitutional issues that had emerged in the latter years of the seventeenth century as a result of attempts on the part of the English Parliament to pass laws that would suppress the Irish woolen trade. It also dealt with the disputed appellate jurisdiction of the Irish House of Lords. Molyneux’s arguments reflected those made in an unpublished piece written about 1660 by his father-in-law Sir William Domville, entitled “A Disquisition Touching That Great Question Whether an Act of Parliament Made in England Shall Bind the Kingdom and People of Ireland Without Their Allowance and Acceptance of Such Act in the Kingdom of Ireland”.

Following a debate in the English House of Commons, it was resolved that Molyneux’s publication was ‘of dangerous consequence to the crown and people of England by denying the authority of the king and parliament of England to bind the kingdom and people of Ireland’. Despite condemnation in England, Molyneux was not punished but his work was condemned as seditious and was ceremonially burned at Tyburn by the public hangman. His arguments remained topical in Ireland as constitutional issues arose throughout the eighteenth century, and formed part of Swift’s argument in Drapier’s Letters. The tract also gained attention in the American colonies as they moved towards independence. Although ‘The Case of Ireland’ was later associated with independence movements—both in Ireland and America—as one historian points out, ‘Molyneux’s constitutional arguments can easily be misinterpreted’ and he was ‘in no sense a separatist’. (Wikipedia) 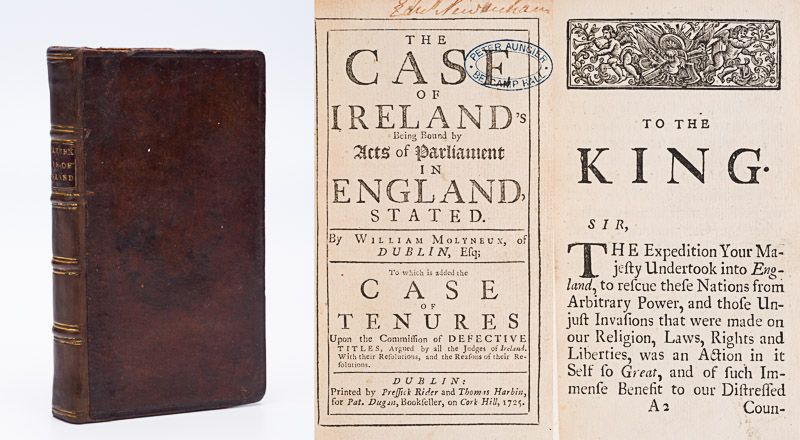 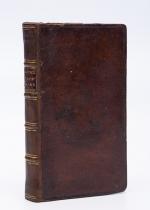