Includes for example the following essays and printed letters: “A Letter from Timothy Tickler” (Ballydehob, October 1, 1826) / On the cultivation of the Tritoma Uvaria, in the South of Ireland, by the Rev. S. Hans Sloane / Posthumous Letters of “Amy Grey” / Biographical Sketch of Thomas Campbell by Washington Irving / Sir Walter Scott in Ireland / The Town of Galway / A Wake in the Irish Highlands / Tiarna na clanna Mac Diarmuidh – An Irish Legend / Lamentation of Felix McCarthy / Cusheen Log / On the Last Day [Callanan] / Killarney during the Races / Irish County Histories / O’Driscoll, An Irish Tale / The Migration of Birds and on the Birds of Ireland / May Eve , An irish legend / The Amulet for 1827 / The Song of the Little Bird, a legend of the South of Ireland by T. Croften Croker etc. etc. etc.

Jeremiah Joseph Callanan (1795–1829) was an Irish poet born in County Cork, Ireland.
Callanan studied for Catholic priesthood at Maynooth College, and afterwards law at Trinity College, Dublin, where he won two prizes for his poems. Afterward, he found employment teaching briefly at a school in his hometown of Cork.
Callanan also contributed translations of Irish verse to Blackwood’s Magazine before traveling to Lisbon to work as a tutor in 1827. Jeremiah Callanan died in Lisbon in 1829, as he was preparing to return to Ireland.
His great-niece is Academy Award-nominated actress Pauline Collins.
″The Outlaw of Loch Lene,” Callanan’s most well-known poem, begins with the line, “O many a day have I made good ale in the glen”. It is one of the two Callanan poems included in Brendan Kennelly’s The Penguin Book of Irish Verse (1970) the other one being “The Convict of Clonmel”. Both are translations from the Irish. Books of poetry were: Recluse of Inchidony, and other Poems. 1830 / Poems (ed. M.F. McCarthy). 1847. (Wikipedia)

Letitia Elizabeth Landon (14 August 1802 – 15 October 1838) was an English poet and novelist, better known by her initials L.E.L.
Letitia Elizabeth Landon was born on 14 August 1802 in Chelsea, London to John Landon and Catherine Jane, née Bishop. A precocious child, Landon learned to read as a toddler; an invalid neighbour would scatter letter tiles on the floor and reward young Letitia for reading, and, according to her father, “she used to bring home many rewards.″
At the age of five, Landon began attending Frances Arabella Rowden’s school at 22 Hans Place, Knightsbridge. Rowden was an engaging teacher, a poet, and had a particular enthusiasm for the theatre. According to Mary Russell Mitford, “she had a knack of making poetesses of her pupils” Other Rowden’s pupils were: Caroline Ponsonby, later Lady Caroline Lamb; Emma Roberts, the travel writer; Anna Maria Fielding, who published as Mrs S. C. Hall; and Rosina Doyle Wheeler, who married Edward Bulwer-Lytton and published her many novels as Rosina Bulwer Lytton.
The Landons moved to the country in 1809, so that John Landon could carry out a model farm project. Letitia was educated at home by her older cousin Elizabeth from that point on. Elizabeth found her knowledge and abilities outstripped by those of her pupil: “When I asked Letitia any question relating either to history, geography, grammar – Plutarch’s Lives, or to any book we had been reading, I was pretty certain her answers would be perfectly correct; still, not exactly recollecting, and unwilling she should find out just then that I was less learned than herself, I used thus to question her: ‘Are you quite certain?’ … I never knew her to be wrong.″

When young, Letitia was close to her younger brother, Whittington Henry, born 1804. Paying for university education for him, at Worcester College, Oxford, was one of the reasons that brought Letitia to publish. She also supported his preferment and later dedicated her poem “Captain Cook” to their childhood days together. Whittington went on to become a minister and published a book of sermons in 1835. Rather than showing appreciation for his sister’s assistance, he spread false rumours about her marriage and death. Letitia also had a younger sister, Elizabeth Jane (born 1806), who was a frail child and died in 1819, aged just 13. Little is known of Elizabeth but her death may well have left a profound impression on Letitia and it could be Elizabeth who is referred to in the poem “The Forgotten One” (″I have no early flowers to fling”).

An agricultural depression meant that the Landon family moved back to London in 1815. There John Landon made the acquaintance of William Jerdan, editor of The Literary Gazette. According to Mrs A. T. Thomson, Jerdan took notice of the young Letitia Landon when he saw her coming down the street, “trundling a hoop with one hand, and holding in the other a book of poems, of which she was catching a glimpse between the agitating course of her evolutions”. Jerdan later described her ideas as “original and extraordinary”. He encouraged Landon’s poetic endeavours, and her first poem was published under the single initial “L” in the Gazette in 1820, when Landon was 18. The following year, with financial support from her grandmother, Landon published a book of poetry, The Fate of Adelaide, under her full name. The book met with little critical notice, but sold well; Landon, however, received no profits, since the publisher shortly went out of business. The same month that The Fate of Adelaide appeared, Landon published two poems under the initials “L.E.L.” in the Gazette; these poems, and the initials under which they were published, attracted much discussion and speculation. As contemporary critic Laman Blanchard put it, the initials L.E.L. “speedily became a signature of magical interest and curiosity”. Bulwer Lytton wrote that, as a young college student, he and his classmates would rush every Saturday afternoon for the Literary Gazette, [with] an impatient anxiety to hasten at once to that corner of the sheet which contained the three magical letters L.E.L. And all of us praised the verse, and all of us guessed at the author. We soon learned it was a female, and our admiration was doubled, and our conjectures tripled.

Landon served as the Gazette’s chief reviewer as she continued to write poetry; her second collection, The Improvisatrice, appeared in 1824. Her father died later that year, and she was forced to write to support her family; Contemporaries saw this profit-motive as detrimental to the quality of Landon’s work: a woman was not supposed to be a professional writer. Mary Mitford said that the novels of Catherine Stepney were honed and polished by Landon.

By 1826, Landon’s reputation began to suffer as rumours circulated that she had had affairs or secretly borne children. She continued to publish poetry, and in 1831 her first novel, Romance and Reality. She became engaged to John Forster. Forster became aware of the rumours regarding Landon’s sexual activity, and asked her to refute them. Landon responded that Forster should “make every inquiry in [his] power”, which Forster did; after he pronounced himself satisfied, however, Landon broke off their engagement. To him, she wrote:

The more I think, the more I feel I ought not – I can not – allow you to unite yourself with one accused of – I can not write it. The mere suspicion is dreadful as death. Were it stated as a fact, that might be disproved. Were it a difficulty of any other kind, I might say, Look back at every action of my life, ask every friend I have. But what answer can I give … ? I feel that to give up all idea of a near and dear connection is as much my duty to myself as to you….

Privately, Landon stated that she would never marry a man who had mistrusted her. In a letter to Bulwer Lytton, she wrote that “if his future protection is to harass and humiliate me as much as his present – God keep me from it … I cannot get over the entire want of delicacy to me which could repeat such slander to myself.” (Wikipedia) 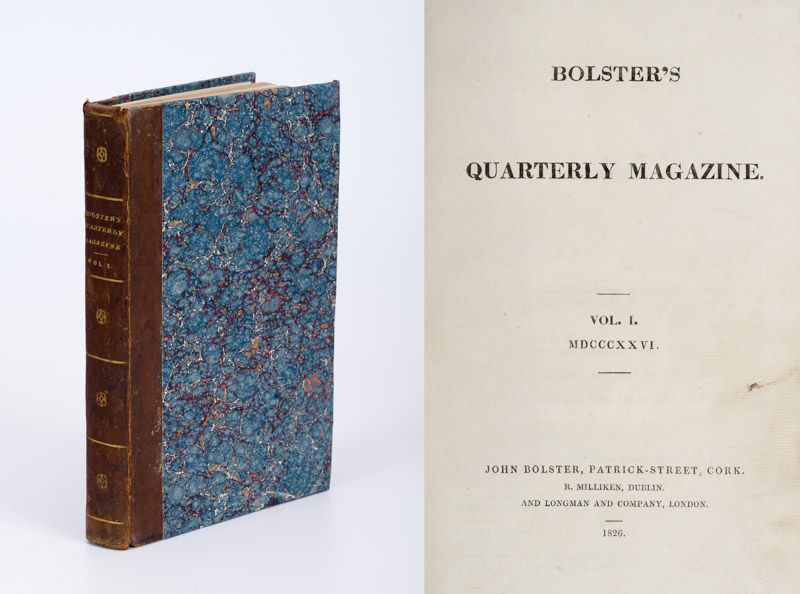 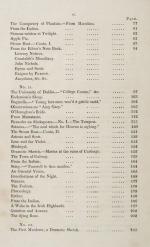 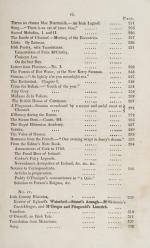 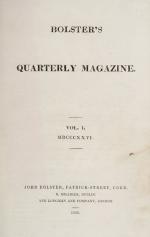 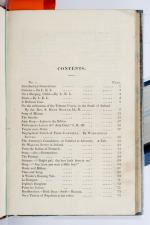 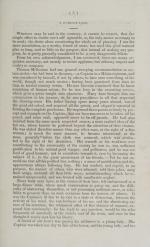 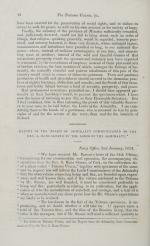 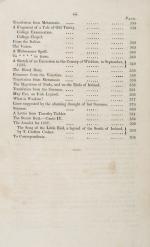 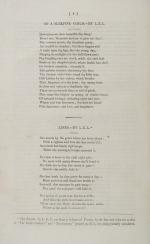 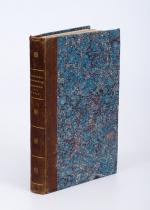 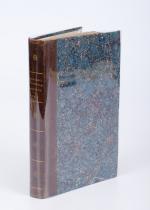 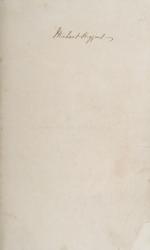 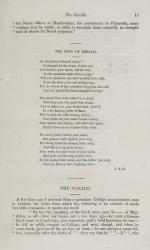 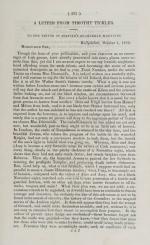 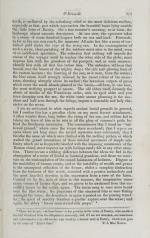 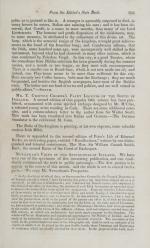