Dickens, The Posthumous Papers of The Pickwick Club.

The Posthumous Papers of The Pickwick Club. With Thirty-Eight instead of Forty-Three Illustrations by R[obert] Seymour and PHIZ.

First Edition of Charles Dicken’s First Book. London, Chapman and Hall, 1837. Octavo. Double-Frontispiece, XIV, [1], 609 pages plus 38 illustrations (instead of 43). Hardcover / Beautiful contemporary half leather with gilt lettering and ornament on spine. with dustjacket. Lesion to outer margin of pages 569/570. Two plates with very minor tears. Faded dampstain to very few pages. The Frontispiece the cleanest example we have ever seen, the interior illustrations as usual with some browning but some of them very clean indeed. Overall an unusually clean and beautiful example of the First Edition with some minor signs of wear only.

The Posthumous Papers of the Pickwick Club (also known as The Pickwick Papers) was Charles Dickens’ first novel. Because of his success with Sketches by Boz published in 1836 Dickens was asked by the publisher Chapman & Hall to supply descriptions to explain a series of comic “cockney sporting plates” by illustrator Robert Seymour, and to connect them into a novel. The book became Britain’s first real publishing phenomenon, with bootleg copies, theatrical performances, Sam Weller joke books, and other merchandise. On its cultural impact, Nicholas Dames in The Atlantic writes, “Literature” is not a big enough category for Pickwick. It defined its own, a new one that we have learned to call “entertainment.” Published in 19 issues over 20 months, the success of The Pickwick Papers popularised serialised fiction and cliffhanger endings.
Seymour’s widow claimed that the idea for the novel was originally her husband’s, but Dickens strenuously denied any specific input in his preface to the 1867 edition: “Mr Seymour never originated or suggested an incident, a phrase, or a word, to be found in the book.″
Dickens was working as a Parliamentary reporter and a roving journalist at age 24, and he had published a collection of sketches on London life as Sketches by Boz. Publisher Chapman & Hall was projecting a series of “cockney sporting plates” by illustrator Robert Seymour. There was to be a club, the members of which were to be sent on hunting and fishing expeditions into the country. Their guns were to go off by accident, and fishhooks were to get caught in their hats and trousers, and these and other misadventures were to be depicted in Seymour’s comic plates. They asked Dickens to supply the description necessary to explain the plates and to connect them into a sort of picture novel that was fashionable at the time. He protested that he knew nothing of sport, but still accepted the commission.

Only in a few instances did Dickens adjust his narrative to plates that had been prepared for him. Typically, he led the way with an instalment of his story, and the artist was compelled to illustrate what Dickens had already written. The story thus became the prime source of interest and the illustrations merely of secondary importance. Seymour provided the illustrations for the first two instalments before his suicide. Robert William Buss illustrated the third instalment, but Dickens did not like his work, so the remaining instalments were illustrated by Phiz (Hablot Knight Browne), who illustrated most of Dickens’s subsequent novels. The instalments were first published in book form in 1837.
The Pickwick Papers is a sequence of loosely related adventures written for serialization in a periodical. The action is given as occurring 1827–28, though critics have noted some seeming anachronisms. For example, Dickens satirized the case of George Norton suing Lord Melbourne in 1836.

The novel’s protagonist Samuel Pickwick, Esquire is a kind and wealthy old gentleman, the founder and perpetual president of the Pickwick Club. He suggests that he and three other “Pickwickians” should make journeys to places remote from London and report on their findings to the other members of the club. Their travels throughout the English countryside by coach provide the chief subject matter of the novel. A romantic misunderstanding with his landlady, the widow Mrs Bardell, results in one of the most famous legal cases in English literature, Bardell v. Pickwick, leading to them both being incarcerated in the Fleet Prison for debt.

Pickwick learns that the only way he can relieve the suffering of Mrs Bardell is by paying her costs in the action against himself, thus at the same time releasing himself from the prison. (Wikipedia) 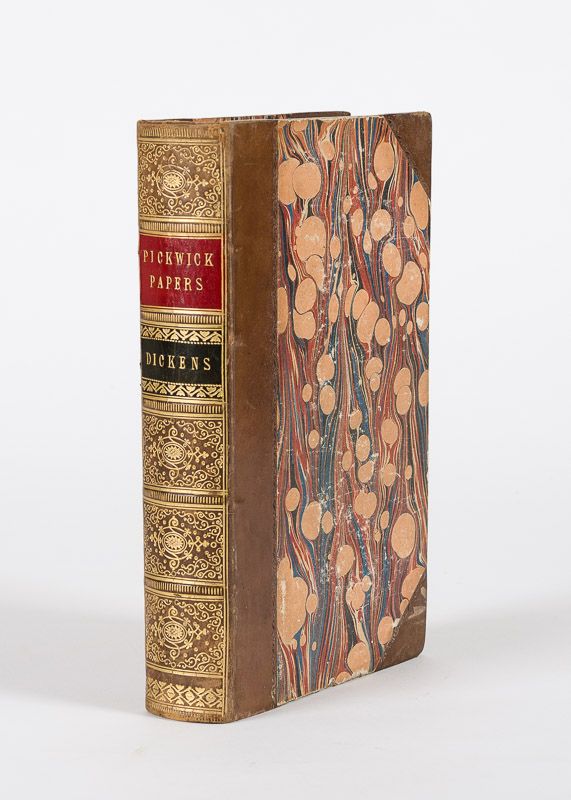 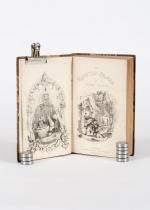