Wilma Dykeman Stokely (May 20, 1920 – December 22, 2006) was an American writer of fiction and nonfiction whose works chronicled the people and land of Appalachia.
Dykeman grew up in the Beaverdam community of Buncombe County, North Carolina, now part of Asheville. She was the only child of Bonnie Cole Dykeman and Willard Dykeman. Her father had relocated to the Asheville area from New York as a widower with two grown children, and had met and married her mother in Asheville. He was 60 years old when Wilma was born and died when Wilma was 14 years old. In later life, she credited both of her parents for giving her a love of reading and her father for giving her a love of nature and a curiosity about the world around her.

She attended Biltmore Junior College (now the University of North Carolina at Asheville), graduating in 1938, and Northwestern University, where she was elected to membership in Phi Beta Kappa and graduated in 1940 with a major in speech.

In August 1940, shortly after her graduation from Northwestern, she was introduced to her future husband, James R. Stokely, Jr., by Mabel Wolfe, the sister of Asheville writer Thomas Wolfe. Stokely, of Newport, Tennessee, was a son of the president of Stokely Brothers Canning Company (which in 1933 bought Van Camp to become Stokely-Van Camp Inc. The Stokely brand of canned food is now a brand of Seneca Foods and Van Camps a brand of Conagra Inc.) The couple married just two months after they met. They had two sons, Dykeman Stokely and James R. “Rory” Stokely III. The couple maintained homes in Asheville and Newport, and Dykeman continued to divide her time in both homes after Stokely died in 1977. Dykeman and Stokely wrote several books together.

After Dykeman died in 2006, Appalachian writer Jeff Daniel Marion called the couple’s marriage a “partnership in every sense of the word,” describing Dykeman and Stokely as “partners in writing, partners in marriage and partners in having similar points of view.″

In addition to this, in honor of Wilma Dykeman who strongly advocated for linkage between economic development and environmental protection along the French Broad River, both the City of Asheville and Buncombe County in Western North Carolina have adopted the Wilma Dykeman RiverWay Plan – a 17-mile greenway and park system that intends to revitalize sustainable economic growth along the French Broad and Swannanoa River.

Dykeman died on December 22, 2006 after suffering complications from a fractured hip and subsequent hip replacement surgery. She is buried at Beaverdam Baptist Church cemetery next to her mother near her childhood home.

Dykeman wrote a total of eighteen books, including both nonfiction and fiction.
Her first book, The French Broad, was published in 1955 as part of the Holt Rinehart Rivers of America Series.
Dykeman wrote three novels: The Tall Woman (1962), The Far Family (1966), and Return the Innocent Earth (1973). The main character in The Tall Woman is a mountain woman who works to bring a community together after the Civil War. The Far Family continues the story of that same woman’s family, generations later. Return the Innocent Earth recalls the Stokely family’s legacy, examining modern industry through a fictionalized Tennessee canning company. The book portrayed the Clayburns, a poor but enterprising family who went into the canning business in a small mountain town called Churchill around 1900.
Dykeman’s 1975 book Too Many People, Too Little Love is a biography of Edna Rankin McKinnon, a pioneer in family planning.
Dykeman was also chosen for the prestigious honor of authoring “Tennessee, A History”, published in 1975, as part of The States and the Nation series in celebration of our nation’s bicentennial. The series, which includes 51 books, one for each state and the District of Columbia, was administered by the American Association for State and Local History via a grant from the National Endowment for the Humanities. (Wikipedia) 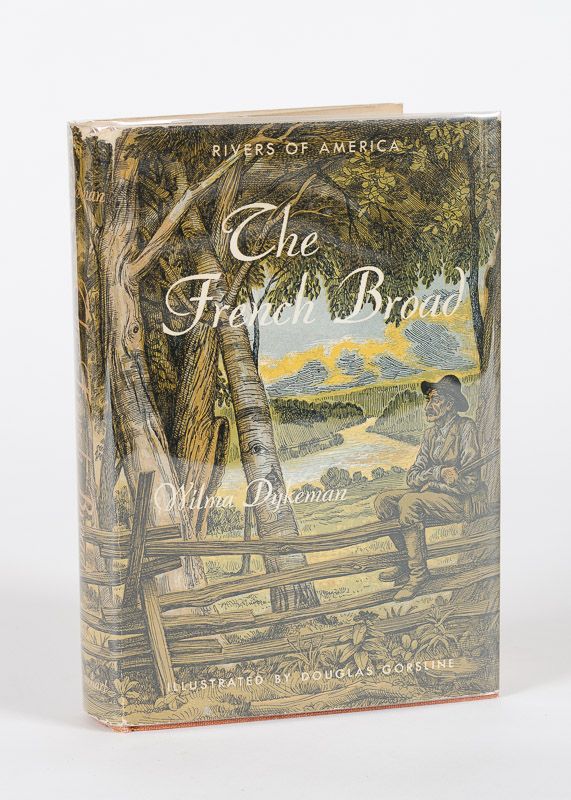