Chisholm, Collection of six (6) first edition offprints by and on Roderick M. Ch

Roderick Milton Chisholm (November 27, 1916 – January 19, 1999) was an American philosopher known for his work on epistemology, metaphysics, free will, value theory, and the philosophy of perception.
The Stanford Encyclopedia of Philosophy remarks that he “is widely regarded as one of the most creative, productive, and influential American philosophers of the 20th Century.″
Chisholm graduated from Brown University in 1938 and received his Ph.D. at Harvard University in 1942 under Clarence Irving Lewis and D. C. Williams. He was drafted into the United States Army in July 1942 and did basic training at Fort McClellan in Alabama. Chisholm administered psychological tests in Boston and New Haven. In 1943 he married Eleanor Parker, whom he had met as an undergraduate at Brown. He spent his academic career at Brown University and served as president of the Metaphysical Society of America in 1973. He was editor of Philosophy and Phenomenological Research from 1980 until 1986.
Chisholm trained many distinguished philosophers, including Selmer Bringsjord, Fred Feldman, Keith Lehrer, James Francis Ross, Richard Taylor, and Dean Zimmerman. He also had a significant influence on many colleagues, including Jaegwon Kim and Ernest Sosa.
Chisholm’s first major work was Perceiving (1957). His epistemological views were summed up in a popular text, Theory of Knowledge, which appeared in three very different editions (1966, 1977, and 1989). His masterwork was Person and Object, its title deliberately contrasting with W. V. O. Quine’s Word and Object. Chisholm was a metaphysical Platonist in the tradition of Bertrand Russell, and a rationalist in the tradition of Russell, G. E. Moore, and Franz Brentano; he objected to Quine’s anti-realism, behaviorism, and relativism.

Chisholm defended the possibility of empirical knowledge by appeal to a priori epistemic principles whose consequences include that it is more reasonable to trust your senses and memory in most situations than to doubt them. His theory of knowledge was also famously “foundationalist” in character: all justified beliefs are either “directly evident” or supported by chains of justified beliefs that ultimately lead to beliefs that are directly evident. He also defended a controversial theory of volition called “agent causation” much like that of Thomas Reid. He argued that free will is incompatible with determinism, and believed that we do act freely; this combination of views is known as libertarianism.

He developed a highly original theory of first person thought according to which the things we believe are properties, and believing them is a matter of self-attributing them. (A similar view was developed independently by David Kellogg Lewis, and enjoys considerable popularity, although it is now known mainly through Lewis’s work.) Chisholm was also famous for defending the possibility of robust self-knowledge (against the skeptical arguments of David Hume), and an objective ethics of requirements similar to that of W. D. Ross. Chisholm’s other books include The Problem of the Criterion, Perceiving, The First Person and A Realist Theory of the Categories, though his numerous journal articles are probably better known than any of these.

Chisholm read widely in the history of philosophy, and frequently referred to the work of Ancient, Medieval, Modern, and even Continental philosophers (although the use he made of this material has sometimes been challenged). Nonetheless, he greatly respected the history of philosophy, in the face of a prevailing indifference among Analytic philosophers. Chisholm translated some work by Brentano and by Husserl, and contributed to the post-1970 renaissance of mereology. (Wikipedia) 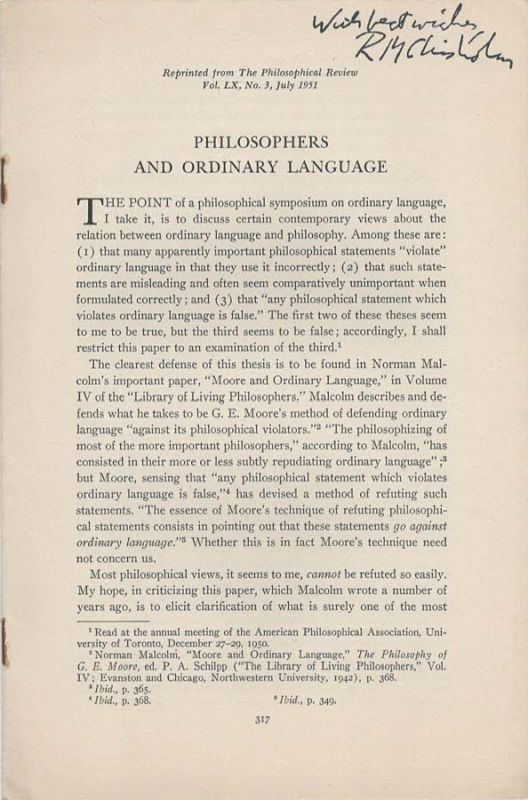 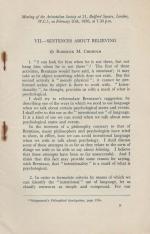 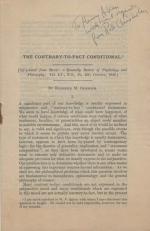 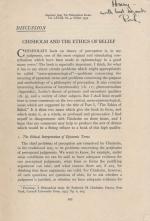 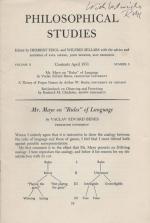 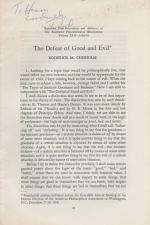