This is an established work ofmajor importance by the distinguished left wing French writer. It is a detailed biographical study, which takes an objective view of Rousseau’s life and what he said about it, based on a close reading of his complete correspondence and the Confessions. (Dustjacket)

Includes for example the following essays: Childhood / Mistaken Love / The False Idyll of Les Charmettes / First Experiences of Society / The Road to Fame / The First Discourse / Jean Jacques’ ‘Reform’ / Relapses into being a professional writer / The Difficult Art of Sincerity / The Cause of God / The Genevan Controversy / The Trial / The Solitary Walker / etc. etc.

Jean-Jacques Rousseau (28 June 1712 – 2 July 1778) was a Francophone Genevan philosopher, writer, and composer of the 18th century. His political philosophy influenced the Enlightenment in France and across Europe, as well as aspects of the French Revolution and the overall development of modern political and educational thought.
Rousseau’s novel Emile, or On Education is a treatise on the education of the whole person for citizenship. His sentimental novel Julie, or the New Heloise was of importance to the development of pre-romanticism and romanticism in fiction. Rousseau’s autobiographical writings—his Confessions, which initiated the modern autobiography, and his Reveries of a Solitary Walker—exemplified the late 18th-century movement known as the Age of Sensibility, and featured an increased focus on subjectivity and introspection that later characterized modern writing. His Discourse on Inequality and The Social Contract are cornerstones in modern political and social thought. During the period of the French Revolution, Rousseau was the most popular of the philosophes among members of the Jacobin Club. He was interred as a national hero in the Panthéon in Paris, in 1794, 16 years after his death. (Wikipedia) 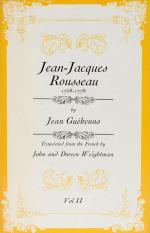 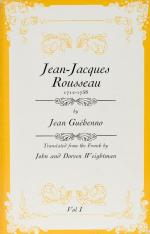 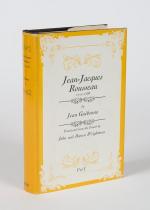