SCIENCE, 1958. Folio (21 cm x 28,5 cm). 3 pages. Original Offprint. Very good condition with some minor signs of wear and some fraying only. From the library of Percy Bridgman student, Gerald Holton.

Edwin Mattison McMillan (September 18, 1907 – September 7, 1991) was an American physicist and Nobel laureate credited with being the first-ever to produce a transuranium element, neptunium. For this, he shared the Nobel Prize in Chemistry with Glenn Seaborg in 1951.
A graduate of California Institute of Technology, he earned his doctorate from Princeton University in 1933, and joined the Berkeley Radiation Laboratory, where he discovered oxygen-15 and beryllium-10. During World War II, he worked on microwave radar at the MIT Radiation Laboratory, and on sonar at the Navy Radio and Sound Laboratory. In 1942 he joined the Manhattan Project, the wartime effort to create atomic bombs, and helped establish the project’s Los Alamos Laboratory where the bombs were designed. He led teams working on the gun-type nuclear weapon design, and also participated in the development of the implosion-type nuclear weapon. McMillan co-invented the synchrotron with Vladimir Veksler. He returned to the Berkeley Radiation Laboratory after the war, and built them. In 1954 he was appointed associate director of the Radiation Laboratory, being promoted to deputy director in 1958. On the death of lab founder Ernest Lawrence that year, he became director, and he stayed in that position until his retirement in 1973. (Wikipedia) 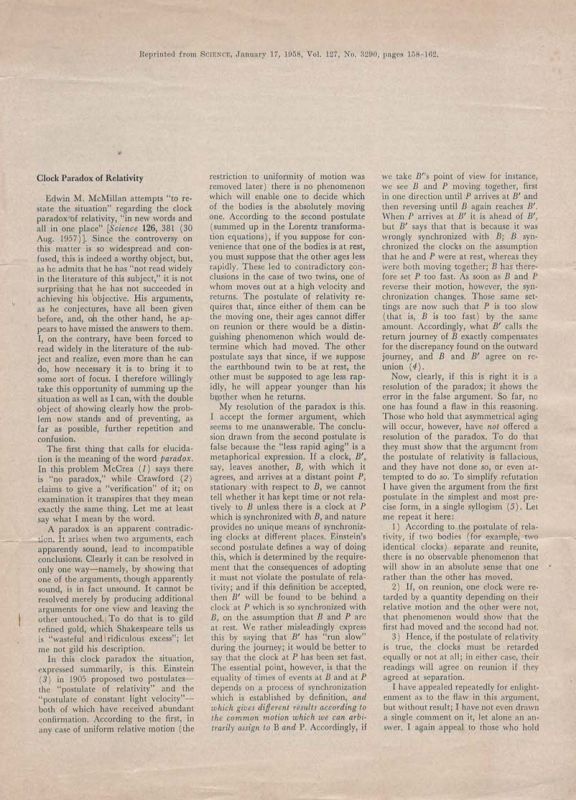