Henri Maurice Peyre (21 February 1901 – 9 December 1988) was a French-born American linguist, literary scholar and Sterling Professor of French Emeritus at Yale University.
Peyre graduated from the École Normale Superieure and the Sorbonne and received his PhD from the Universite de Paris. In 1925 he started teaching at the Bryn Mawr College, ten miles west of Philadelphia. From 1933 to 1938 he was professor of French literature at the Egyptian University in Cairo, and from 1938 to 1969 he was Sterling Professor of French at Yale University. Upon mandatory retirement at age 68 from Yale in 1969 to his retirement in 1980, he was Distinguished Professor at the City University of New York Graduate Center.
In 1930 Peyre was awarded a Guggenheim Fellowships. In 1954 he was received a grant from the American Council of Learned Societies in 1954 to do research for his next book, and in 1963, he was a member of the National Commission on the Humanities. In France he was awarded officer of the Légion d’Honneur. (Wikipedia) 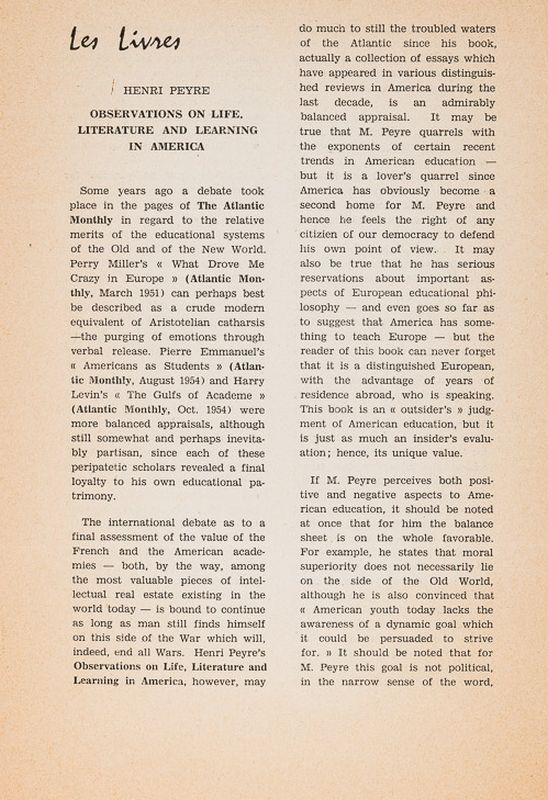