This publication contains a biography, written on February 24th 1904 before his death, of Thomas Graves Law’s career including his military education, Anglican and later Catholic orders and librarian to the Signet Library. He was a historian and founder member of the Scottish Historical Society as well as a prolific writer and reviewer. At the time of his death he was working on a translation of biblical literature into “the true Scottish language”. The publication also includes an obituary written on March 24th 1904. Both biography and obituary were written by W.B. Blaikie.

Blaikie himself took more than a passing interest in Scottish history and worked for T. and A. Constable the printers of this absorbing publication.

Thomas Graves Law (1836–1904) was an English Oratorian priest, and later in life a historian and bibliographer. He was a grandson of Edward Law, 1st Baron Ellenborough. Born on 4 December 1836 at Yeovilton in Somerset, Law was third son and fourth of eight surviving children of William Towry Law (1809–1886), Lord Ellenborough’s youngest son, by his first wife, Augusta Champagné (died 1844), fourth daughter of Thomas North Graves, 2nd Baron Graves. The eldest son Augustus Henry Law was a Jesuit missionary, and the second son, General Francis Towry Adeane Law, C.B. (1835–1901), saw much military service. The father originally served in the Grenadier guards, but in 1831 had taken orders in the Church of England, and at the time of his son’s birth was rector of Yeovilton and chancellor of the diocese of Bath and Wells, of which his kinsman George Henry Law was bishop. On the death of his mother in 1844, Law was sent to school at Somerton, but in the following year, after his father had moved to the living of Harborne in Staffordshire, he was successively sent to St. Edmund’s School, Birmingham, and (as founder’s kin) to Winchester College, then under George Moberly. In 1851 his father joined the Roman Catholic Church, so that Thomas left Winchester. In 1852 he studied at University College, London, where he had Augustus De Morgan and Francis Newman among his teachers, and in 1853 he entered Stonyhurst College. His father obtained for him a cadetship in the military service of the East India Company. In 1855, however, under the influence of his father’s friend, Frederick William Faber, he entered the Brompton Oratory, London, where he was ordained priest in 1860. He remained in the Oratory till 1878, when, owing to a loss of his faith in the teaching of the Catholic Church, he left its communion.
In 1879 Law was appointed keeper of the Signet Library in Edinburgh, and there he passed the remainder of his life. He was one of the founders, in 1886, of the Scottish History Society, and acted as its honorary secretary. In 1898 the University of Edinburgh made him hon. LL.D. After a long illness he died at his home at Duddingston, near Edinburgh, on 12 March 1904. Law was married on 15 April 1880 to Wilhelmina Frederica, daughter of Captain Allen of Errol, Perthshire, by his wife Lady Henrietta Dundas, and left one son, Duncan, and five daughters. 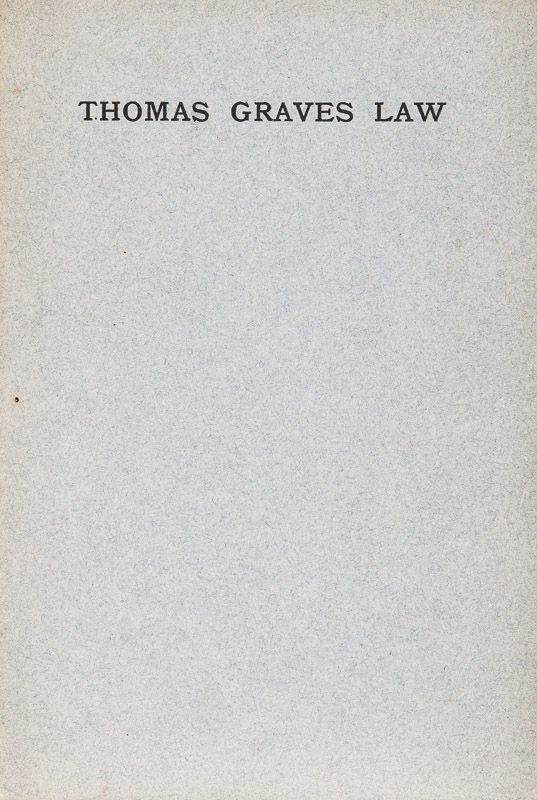 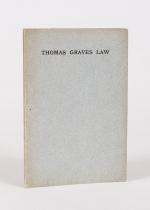