Bastian, The Nature and Origin of Living Matter.

The Nature and Origin of Living Matter. With 245 illustrations from photomicrographs.

Henry Charlton Bastian (1837 – 1915) was an English physiologist and neurologist who was made Fellow of the Royal Society in 1868. Bastian graduated in 1861 at the University of London. At first he worked at St. Mary’s Hospital, London, as assistant physician and lecturer on pathology, but returned to his alma mater in 1867 as professor of pathological anatomy, having received the M.D. a year before. He continued to practice clinical medicine, and in 1878 was promoted to physician to University College Hospital. From 1887 to 1898 Bastian held the chair of the principles and practice of medicine and also had an appointment at the National Hospital in Queen Square, London, from 1868 to 1902. Early in his career he worked on the problem of abiogenesis, or spontaneous generation, and the return of this interest determined his premature retirement from clinical neurology. Bastian returned to his biological studies in 1900 and devoted the last fifteen years of his life to the fundamental problem of the origin of life. He was the last scientific believer in spontaneous generation. In this regard Bastian was criticized by biologists who accused him of insufficient knowledge of lower forms of life. He attempted to substantiate these phenomena in Studies in Heterogenesis (1904) and in The Nature and Origin of Living Matter (1905). 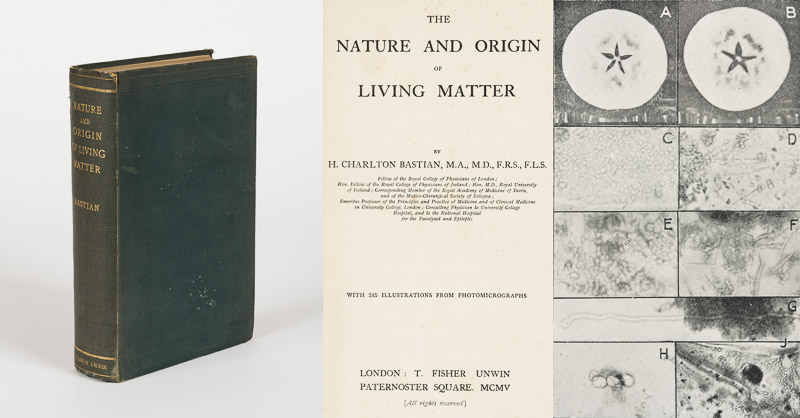 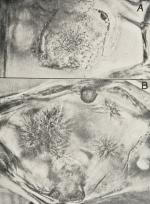 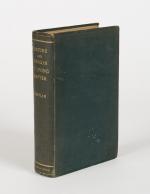