Quick history of – and guide to – climbing.
Includes, for example, the following: Beginnings Ancient and Modern – How to Start Climbing / Equipment: The Climber Himself – His Foot-wear and His Clothing / Rock Climbing – Mostly Preliminary / Alpine Beginnings – Snow and Ice-Craft etc.
Book adorned with beautiful photography capturing mountaineers and rock climbers as they made their perilous paths up and across terrain: the nascent technology show the modern viewer how primitively equipped these earlier pioneering mountaineers were: under-dressed in tweed and woolens, using flaxen and hemp ropes as they traversed ice and bare rock.
″The history of most of the strenuous sports is prone to dryness. Yet in mountain climbing some of the most outstanding first steps in the progress of any sport may prove interesting and even useful. There was nothing “dry” about the first recorded ascent, when Noah and his mixed party reached the summit of Ararat; and between that and the recent attacks on Mount Everest a tremendous store of mountain knowledge has been garnered. During Biblical times high places were objects of worship, reverence, and even visitation. Yet in more recent ages strange superstitions had grown and mountains had become the repulsive haunts of evil spirits, dragons, and other strange things to be dreaded.” (p.13) Abraham proceeds to give a galloping history of British Alpinism and instructions for the novice mountaineer.
″Mountaineering is the finest sport in the world and justifiable a thousand times over. Danger to life and limb is its only drawback. One slip or thoughtless action may turn the joy of the heights into the sorrow of the depths. Good judgement, constant care, and unselfishness should be indispensable items in the climber’s outfit.” (p.23-34)

George D. Abraham (1871 – 1965), was a pioneer of mountaineering and mountain photography.
At the beginning of the 20th century Abraham with his brother, Ashley, who had joined their father’s photographic business in Keswick, became renowned not only as leaders in the climbing field but as the first real photographers of climbing and mountains both in the Lake District, the Dolomites, and the Alps. They made a photographic record of the exploits of many of the climbing pioneers, especially Owen Glynne Jones, with whom they formed a close climbing partnership from 1896 until his death in 1899. Most of their work was done between 1890 and 1920 and forms a valuable record of the evolution of early rock-climbing in the English Lake District. In fact they did more than anyone else to popularise the sport and the Lake District.
Abraham wrote numerous books on mountaineering and was an honorary member of the Alpine Club and a founder-member of the Fell and Rock Climbing Club. He owned the first motor-car in Keswick and was one the early pioneers of motor-touring, and writing books about his travels both in the UK and abroad. (Sources: Wikipedia and The Guardian) 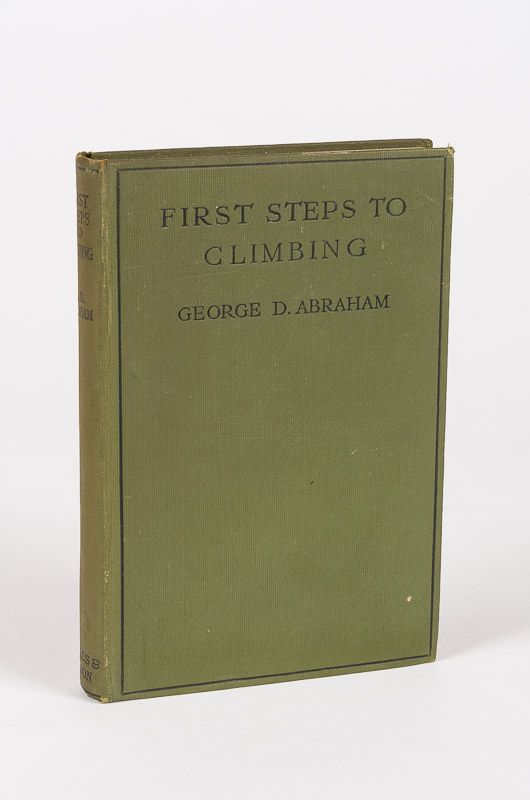 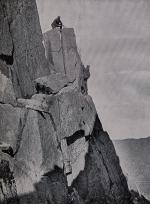 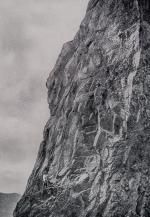 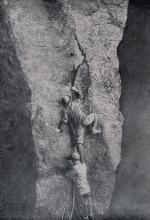 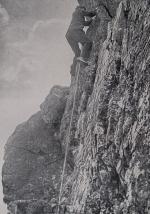 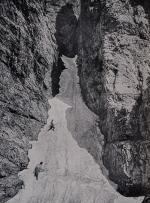 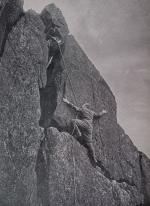