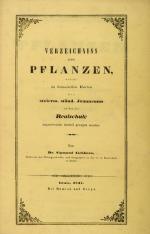 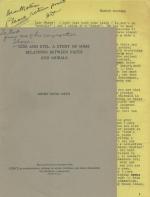 Typed letter, signed by German-born, American Jewish philosopher Hans Jonas, loosely inserted in Henry David Aiken’s pamphlet “God and Evil: A Study of Some Relations Between Faith and Morals”. The Essay by Aiken is inscribed and signed by Aiken in a sarcastic manner: “To God, from one of his congregation – Shem”. In the letter, Jonas reflects on two pages on an evening with Henry David Aiken and his then wife Lillian Woodworth. In his letter to Aiken, Hans Jonas reports back to Aiken after reading his essay [″God and Evil”] and calls it “a beautiful piece of work – in style and content worthy of your “master” who wrote on natural theology….”. Jonas goes on encouraging Aiken: “you are also dead wrong n not publishing a collection of your essays in ethical theory. If your pal Quine can do it “from a logical point of you [sic]”, so can you “from a moral point of view”. Jonas also mentions “that it is worth writing about the ancient problem opf a theodicy in a contemporary context”. [The Essay is n Offprint from Ethics, An International Journal of Social, Political and Legal Philosophy, Volume LXVIII, No. 2].

New York / Washington, DC, 1958. 16,8 x 24 cm. 21 pages (pages 77-97 of the Journal) plus two page-letter (on one leaf), signed by Hans Jonas Original Offprint / Original TLS (Typed letter signed). Very good+ condition. Stapled. Only minimal signs of staining. The letter also discusses a Reference for one “Ed Sayles” and Jonas suggest that Aiken writes “casual but fairly strong” to Howard R. Bartlett, professor of history and head of the Department of Humanities at MIT.

Wonderful collection of original, signed manuscript Letters by Tom Barry and his wife Leslie de Barra, addressed to Rosscarbery Woman Katty Hayes, a fellow member Cumann na mBan [The Irishwomen’s Council], together with a rare and important local History – Pamphlet on Rosscarbery by Katty Hayes, titled: “Ross of the Pilgrims” (signed and inscribed by Katty Hayes in 1977 the pamphlet includes wonderful oral history accounts put in writing by Ms.Hayes; about Coppinger’s Court, Lord Carbery in Castlefreke, Cregane House, History of the Convent of Mercy in Rosscarbery, Father John Power, Names of local landlords in the area etc.). The collection also comes with a rare vintage photograph of Katty Hayes, surrounded by some unidentified fellow members of The Irish Women’s Council [Cumann na mBan] and other Irish Republican Organizations (all wearing their medals). The collection also includes three Appreciation-Letters which Miss Hayes received back from the Vatican in the years 1969, 1977 and 1988. Miss Hayes had written to the Pontifex Paul VI as well as to Pope John Paul II and received Blessings and thanks for her Christmas – wishes to the Holy Father.

Rosscarbery (West Cork), 1969 – 1980. Octavo. Two Manuscript Letters (One signed by Tom Barry and one signed by Leslie Price) / Three Letters from Assessors of the Pope / One vintage Black and white photograph / One pamphlet called “Ross of the Pilgrims” with 51 pages of local History, forgotten Poems and songs and stories by Katty Hayes about Tom Barry and his family – relations in Rosscarbery, his friendship to Michael Collins and the local Rosscarbery community etc. etc. Original Softcover / Stapled. Very good condition with only minor signs of wear. Extremely rare little archive with Blessings from two Popes; bought from the family Archive of Katty Hayes.

Original Portrait Photograph of photographer and designer Cecil Beaton, photographed in his home at Pelham Place in London. The table, one of Mr.Beaton’s treasures, is an antique with a top inlaid vary-coloured marble. Photograph by Berlin-born photographer and founder of Camera Press, Tom Blau.

Uncle Tom’s Cabin – A Tale of Life among the Lowly. With [106] original Illustrations [plus one Fronstispiece-Portrait] by Jenny Nystrom-Stoopendaal.

London / Paris / New York & Melbourne, Cassell and Company, 1905. Large Octavo (18 cm x 23 cm). Frontispiece – Portrait of Harriet Beecher-Stowe, XIV, 680 pages with numerous illustrations throughout. Hardcover / Original, very decorative publisher’s cloth-binding in protective Mylar. The notoriously shaky publication was strengthened by our bookbindery and is now ready to be read and used without fear of handling. Old gift-inscription to slightly frayed endpaper. Very good condition with only minor signs of wear. The best version due to the large size of the book and the corresponding illustrations.

Lectures on Rhetoric and Belles Letters.

Two Volumes (complete set). London, Published as the Act directs for C. & G. Kearlsey, Fleet Street, 1792. Octavo (15 cm x 21,5 cm). Volume I: Frontispice [″Nature lamenting over the Tomb of M. de Buffon & exhibiting a Portrait of that distinguished Naturalist”], Engraved Titlepage [with a scene of grieving onlookers to the outbreak of the Volcano / Mount Vesuvius], XXXVII, Errata-Leaf, 353 pages / Volume II: Engraved Titlepage [with a scene of fowling at the steep cliffs of St.Kilda)], 494 pages including a thorough Index. With 106 [of 107 Plates] spread throughout the two Volumes. Including the two often missing and very rare fold-out-plates of Snakes. Hardcover / One Volume rebound to style and one Volume in its original 18th century full leather. Original bookplate / Exlibris of Dean Richard Boyle Bernard, Dean of Leighlin and MP for Bandon Bridge to pastedown of Volume I. Both Volumes now housed in a bespoke built Solander Box. Very good condition with only minor signs of wear.