Byrne, The Power of the Dog.

The Power of the Dog.

No.103 of a Limited Edition of only 516 copies. London, Sampson Low, Marston & Co., no year [1929]. Octavo. Portrait-Frontispiece, 473 pages. Hardcover / Original quarter vellum with gilt lettering to spine. Excellent condition with only minor signs of external wear. Private giftinscription on endpaper from 1929: “Eva M. Clarke from O.W.L. – Christmas 1929”. Donn Byrne was owner of Coolmain Castle (near Kilbrittain) until his death in a car accident in 1929.

Donn Byrne (born Brian Oswald Patrick Donn-Byrne) (20 November 1889 – 18 June 1928) was an Irish novelist. He was born in New York City in the United States where, he claimed, his Irish parents were on a business trip at the time, and soon after returned with them to Ireland. He grew up in Camlough, County Armagh, and was equally fluent in Irish and English.
In 1906, when he was 14, Donn-Byrne went to an Irish Volunteer Movement meeting with Bulmer Hobson and Robert Lynd of the London Daily News, where Lynd noticed him, a fair-haired boy, and wrote of his singing. It was through Hobson that Byrne acquired his taste for Irish history and nationalism. (The “taste for nationalism” cited, is contested by Bradley. Many may confuse widespread interest in Irish Language and Byrne’s excellence in the language, his prizes at feiseanna (festivals) with a more revolutionary political movement engaged in by Hobson and other associates). He attended the University of Dublin, beginning in 1907, where he studied Romance languages and saw his own writing published in The National Student, the student magazine. After graduation he continued his studies in Europe, hoping to join the British Foreign Office. It is related that he “turned down his PhD” when he learned that he would have to wear evening clothes to his early morning examinations, which he apparently felt that no true Irish gentleman would ever do. (The latter claim is shown by Bradley to be just one of Byrne’s impossible, if entertaining, fantasies)

He returned to New York in 1911, where he began working first for the publishers of the Catholic Encyclopedia, the New Standard Dictionary, and then the Century Dictionary. In February 1912 his poem “The Piper” appeared in Harper’s magazine. His first short story, “Battle,” sold soon after to Smart Set magazine for $50, appearing in the February 1914 issue. He sold more stories; some of these were anthologised in his first book, Stories Without Women, 1915. He then began working on his first novel, The Stranger’s Banquet (1919). He was a prolific novelist and short story writer from that point on. His novel Field of Honor was published posthumously in 1929. His poems were collected into an anthology and published as Poems (1934).

Despite both his wife’s success as a playwright, and his own increasing popularity as an author, Byrne’s financial straits forced his family to sell their house in Riverside, Connecticut, and return to Ireland. They later purchased Coolmain Castle, near Bandon in County Cork, where Byrne lived until his death in a car accident due to defective steering, in June 1928. A Kilbrittain man Cornelius O’Sullivan who witnessed the incident pulled him from the water and tried to revive him, but to no avail. He is buried in Rathclarin churchyard, near Coolmain Castle. His headstone reads, in Irish and English: “I am in my sleeping and don’t waken me.” (Wikipedia) 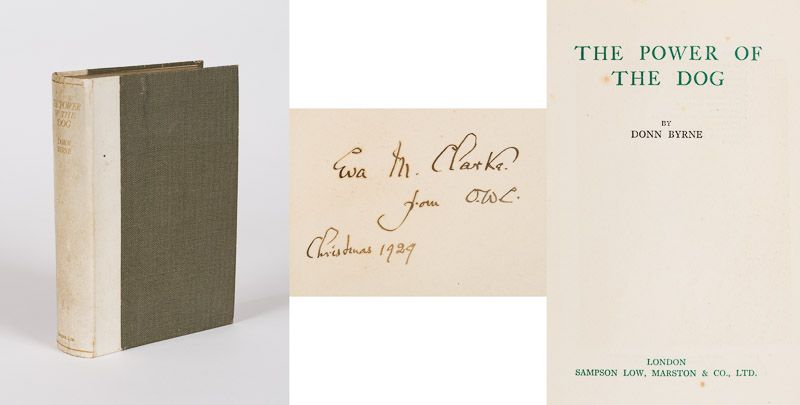 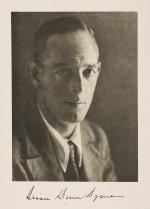 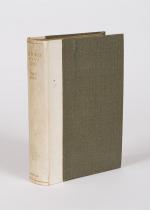 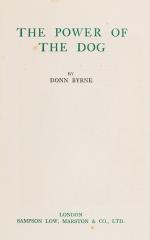