James Fintan Lalor (in Irish, Séamas Fionntán Ó Leathlobhair) (10 March 1809 – 27 December 1849) was an Irish revolutionary, journalist, and “one of the most powerful writers of his day.” A leading member of the Irish Confederation (Young Ireland), he was to play an active part in both the Rebellion in July 1848 and the attempted Rising in September of that same year. Lalor’s writings were to exert a seminal influence on later Irish leaders such as Michael Davitt, James Connolly, Pádraig Pearse, and Arthur Griffith. (Wikipedia) 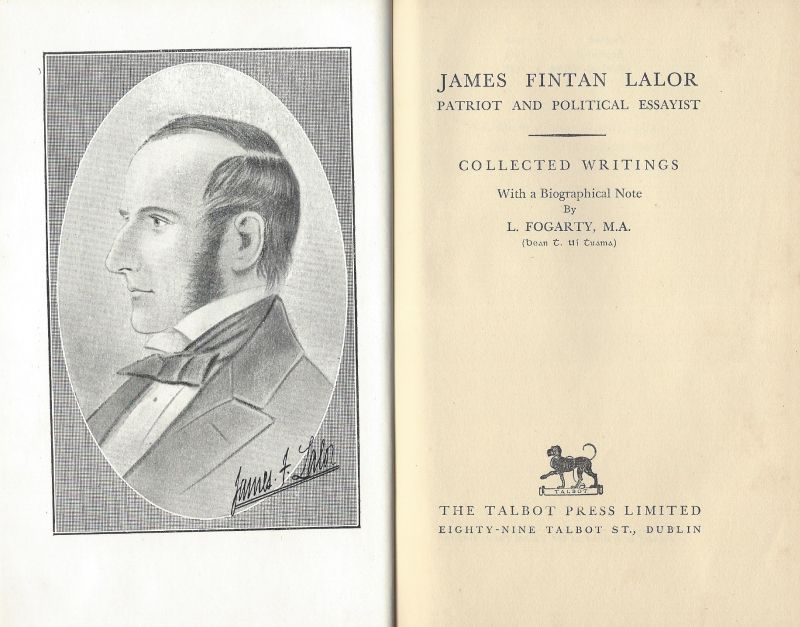