Decorative borders with latitudinal and longitudinal lines along margins. A highly decorative and detailed map.
The map is further ornamented with three cartouches. One, in decorative strap-work, encloses the title, and a passage from Lucan describing the fecundity of the River Nile – ‘Terra suis contenta bo nis, non indiga mercis Aut Iouis, in solo tanta est siducia Nilo’. In the centre, a simple oval cartouche lists numerous place names of uncertain location. A scale lies benath cartouche. Also, at the top right, is an inset map showing the city of Alexandria and surrounds in detail.
The Nile itself runs the full length of the map, and sections of the neighbouring parts of Aethiopia, Arabia Petreae, and Libya are labelled. Mountains are engraved and towns are depicted and named.
Pyramids are depicted as tall triangles.

Abraham Ortelius was a Flemish cartographer and geographer, conventionally recognized as the creator of the first modern atlas, the Theatrum Orbis Terrarum (Theatre of the World). He was one of the most notable figures of the Dutch school of cartography during its golden age (approximately 1570s–1670s). 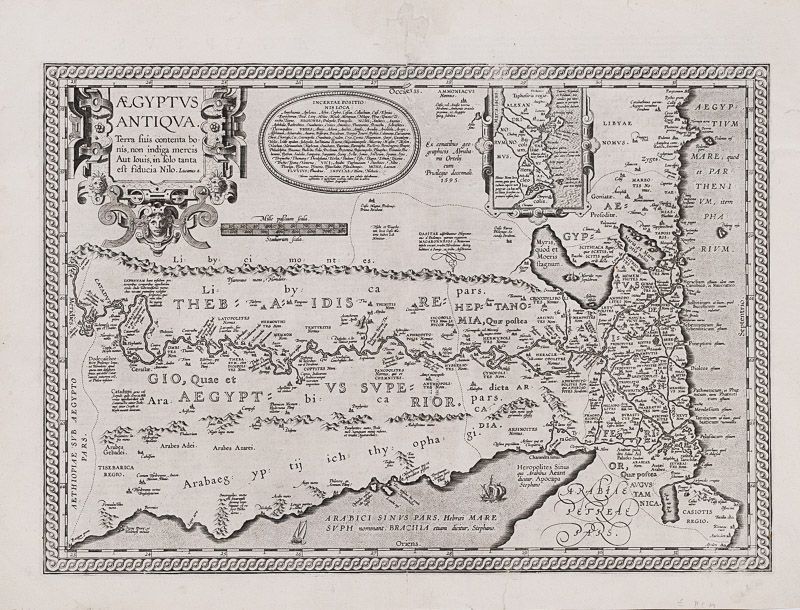 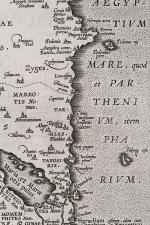 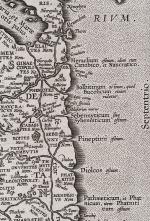 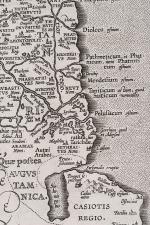 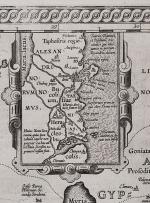