Border with longitudinal and latitudinal information. Detailed early map of the Caribbean, from an early edition of Brue’s Atlas Universel (Pl.35). Rich detail in Florida, the Gulf Coast, Central America. The eye is drawn to Cuba among the islands of the ‘Grandes’ and ‘Petites’ Antilles. As demonstrated by the map’s political divisions and colourings, Mexico has yet cede control of what will become Texas. Nouva Espagne and Nouv Grenade show that the aged and tottering Spanish empire has still to fall in Central and South America. The division of Hispaniola into its Haitian and Dominican parts is also shown. The great port cities of the infant United States – Charlestown, Savannah and New Orleans – can be seen along the seaboard. Bermuda is shown breaching the map’s top border.
Reference keys and explanatory annotations and four scale-bars in lower left corner of map. Decorative title in top right corner of map.

Adrien-Hubert Brué (1786 – 1832) was a renowned French cartographer. Between 1810 and 1830 Brué established himself as one of the most important French cartographers and it was during this period that his two most important works were published: Grand Atlas Universel in 1815 and Atlas Universel in 1822, which ran to several editions. Atlas Universel was published as a continuation to Grand Atlas Universel.
Brué’s maps or ‘cards’ as they were referred to at the time, were characterized by the high degree of accuracy with which they were produced and the meticulous attention to detail employed in their crafting. This was possible due to Brué’s application of copper plate intaglio to the process of mapmaking or, as Nouvelles Annales des Voyages et des Sciences Géographiques had it: “by applying to the making of cards this ingenious process of drawing on copper itself”. Alexandre von Humboldt, the President of the Société de géographie de Paris praised the accuracy of his work and “clarity that is all the more pleasing to the eye.” He also was quick to update his maps with the latest scientific discoveries and nautical measurements. (Wikipedia) 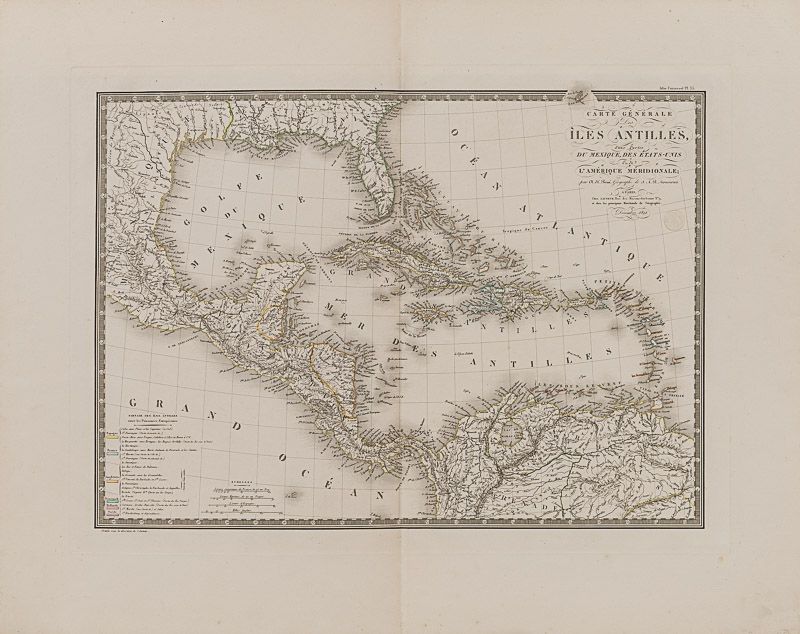 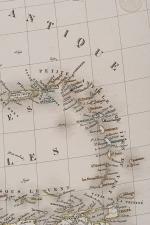 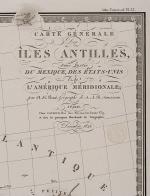