Johnson, Speech of Hon. Andrew Johnson of Tennessee, on the State of the Union;

Speech of Hon. Andrew Johnson of Tennessee, on the State of the Union; delivered in the Senate of the United States, February 5 and 6, 1861.

Andrew Johnson (December 29, 1808 – July 31, 1875) was the 17th President of the United States (1865–69), succeeding to the Presidency upon the assassination of Abraham Lincoln. He was the first U.S. President to be impeached.
At the time of the secession of the Southern states, Johnson was a U.S. Senator from Greeneville in eastern Tennessee. As a Unionist, he was the only southern Senator not to quit his post upon secession. He became the most prominent War Democrat from the South and supported the military policies of US President Abraham Lincoln during the American Civil War of 1861–1865. In 1862 Lincoln appointed Johnson military governor of occupied Tennessee, where he proved to be energetic and effective in fighting the rebellion and beginning transition to Reconstruction.
Johnson was nominated for the Vice President slot in 1864 on the National Union Party ticket. He and Lincoln were elected in November 1864. Johnson succeeded to the Presidency upon Lincoln’s assassination on April 15, 1865.
As president he took charge of Presidential Reconstruction – the first phase of Reconstruction – which lasted until the Radical Republicans gained control of Congress in the 1866 elections. His conciliatory policies towards the South, his hurry to reincorporate the former Confederates back into the union, and his vetoes of civil rights bills embroiled him in a bitter dispute with some Republicans. The Radicals in the House of Representatives impeached him in 1868 while charging him with violating the Tenure of Office Act, a law enacted by Congress in March 1867 over Johnson’s veto, but he was acquitted by a single vote in the Senate.
He is the most recent President to represent a party other than the Republican or Democratic parties, having represented both the Democrats and the National Union Party. He is consistently ranked by historians as being among the worst U.S. presidents.
Johnson was an unsuccessful candidate for election to the United States Senate from Tennessee in 1868 and to the House of Representatives in 1872. However, in 1874 the Tennessee legislature did elect him to the U.S. Senate. Johnson served from March 4, 1875, until his death from a stroke near Elizabethton, Tennessee, on July 31 that same year. In his first speech since returning to the Senate, which was also his last, Johnson spoke about political turmoil in Louisiana. His passion aroused a standing ovation from many of his fellow senators who had once voted to remove him from the presidency. He is the only former President to serve in the Senate. (Wikipedia) 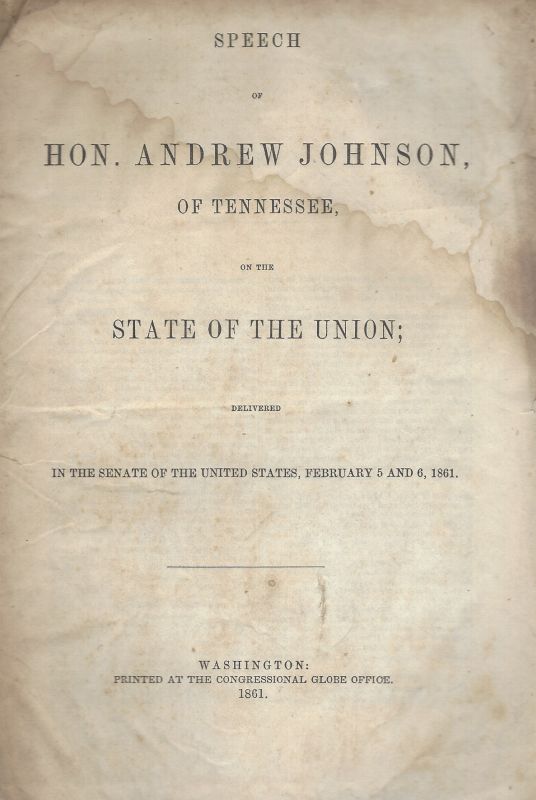