Potter, Archaeologia Graeca: Or, The Antiquities of Greece - Volume the Second -

Archaeologia Graeca: Or, The Antiquities of Greece – Volume the Second – Containing: I. The Military Affairs of the Grecians [With the complete set of illustrations on Ancient Military Strategy] / II. Some of their Miscellany Customs.

The Eighth Edition. London, Printed for A.Wilde, H.Whitridge, J.Whiston etc., 1764. Octavo. [2], 420 pages plus 11 unnumbered pages of an Index for Volume I and 22 unnumbered pages of Index Dictionum & Locutionum & Proverbiorum Latinorum. With Hardcover / Original 18th century full calf with gilt ornament to spine. Binding solid and firm and only minor signs of wear to lower spine and some corners. Original spine-label missing. From the library of Daniel Conner (Connerville / Manch House), with his Exlibris / Bookplate to pastedown. All plates in excellent condition.

Includes for example the following Chapters:

Of the Wars, Valour, Military Glory &c. of the Ancient Grecians /
Of their Levies, Pay &c. of Soldiers /
Of the different Sorts of Soldiers /
Of the Grecian Arms and Weapons, with their Military Apparel /
Of the Officers of the Athenian and Lacedaemonian Armies /
Of the several Divisions and Forms of the Grecian Army, and other Military Terms /
Of their Manner of making Peace and declaring War, their Ambassadors etc. /
Of their Camps, Guards, Watches and Military Course of Life /
Of their Battles, their Generals Harangues, the Sacrifices, Music, Signals, Ensigns, the Word and the Way of ending Wars by single Combat &c. /
Of their Sieges with the most remarkable of their Inventions and Engines used therein /
Of the Slain and their Funerals /
Of their Booty taken in War, their Gratitude to the Gods after Victory, their Trophies &c. /
Of their Military Punishment and Rewards with the manner of conveying Intelligence /
Of the Invention and different Sorts of Ships /
Of the Tackling and Instruments required in Navigation /
Of the Instruments of War in Ships /
Of the Mariners and Soldiers / Of Naval Officers / Of their Voyages, Harbours, &c. /
Of the Spoils, Military Rewards and Punishments /
Of their Funeral Processions / Of their Mounring for the Dead /
Of their Customs in expressing their Love, their Love-Potions, Incantations &c. /
Of their Love of Boys / Of their Marriages / Of their Divorces, Adulteries, Concubines and Harlots /
Of the Confinement and Employments of their Women /
Of their Customs in Child-Bearing and managing Infants /
Of their Times of Eating / Of the Manner of entertaining Strangers etc. etc. etc.


Send to a friend 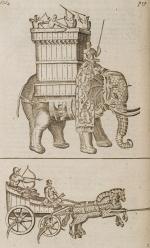 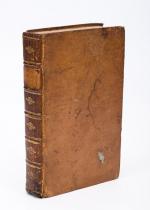 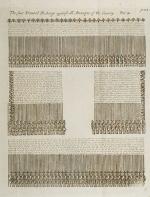