[Saunders, Rider's British Merlin: For the Year of our Lord 1799. Being the Thir

Rider’s British Merlin: For the Year of our Lord 1799. Being the Third after Bissextile or Leap-Year. Adorned with many delightful and useful Verities, fitting all Capacities in the Islands of Great Britain’s Monarchy. With notes of Husbandry, Fairs, Marts, High Roads and Tables for many necessary uses. Compiled for the Country’s Benefit by Cardanus Rider. [With: “The Arms of the Peers, Peeresses &c. of England, Scotland & Ireland the Insignia of the Different Orders of Knighthood with the Baronets of Great Britain and the Dates of their Creations” [With: “Heraldry in Miniature” / Including a small section to the end of the publication with “British Governments in America and the West-Indies with Upper Canada – Lower Canada – Cape Breton – Virgin Island – Montserrat – Grenada – Jamaica – Leeward Islands – Barbados [Barbadoes]” etc.]. [ With a section on “Peers, Peeresses and Bishops of Ireland – That are Not Peers of England”].

London, Printed for the Company of Stationers, 1799. Slim-Octavo (9,5 cm x 16 cm). Collation complete with parts of the book interleaved: 60, XXXVI, [122 + 4 misbound planches with coats of arms, pagination incorrect but all plates available that are called for], plus 321 pages [House of Peers of Great Britain with misprinted pagination to the beginning of the 321 pages]. Original Hardcover / 18th century or early 19th century red leather. Stronger rubbed but firm and intact binding. Interior with tear to page 15/16, some minor foxing and browning only, some writing to interleaved pages in a child’s hand. All plates with Heraldic Bearings, Coat of Arms, Emblemata, Badges etc. included. Here the rare 1799 publication with over 500 examples of Heraldry of Ireland, Scotland and England. Includes Irish Earls, Irish Barons, Irish Archbishops, Irish Viscounts, etc. [Coat of Arms of Fingal, Glandore, Lisburne, Winterton, Arran, Barrymore, Marq. Donegall, Clanricarde, Fife, Lowth, Upper Ossory etc. etc.]

Rider’s British Merlin was one of the earliest almanacs to be published, issued from 1656 until at least 1830.
The almanac contained the calendar, weather, and astronomical and astrological information that a typical almanac of the period would contain. The pages for each month of the year were accompanied by advice on what, and what not to eat and drink, and otherwise how to keep in good health. There were horticultural notes with abundant attention paid to herbs, fruit and vegetables.

[The 1799 ALmanac advises for example for October 1799: “Transplant your brown Dutch and common Lettuces upon warm Borders, to abide the Winter; sow all sort of Salad Herbs upon decayed Hot Bed, such as Lettuce, Cresses, Radish, Mustard and Spinach. Earth up Celery, Chardoons and the Stems of Broccoli Plants to protect them from the Frost / Make Plantation of the Suckers of Gooseberries, Currants and Raspberries. Cut Artichokes with long stalks which you may preserve in the House by setting them in Sand. Continue to sow Wheat, set up your Barley Land, sow Masts for Coppices or Hedge-Rows; plant Quicksets and plash Hedges; and plant all sorts of Forest-Trees that shed their leaves / Avoid being out late at Nights or in foggy Weather; for a Cold now got may continue the whole Winter”]

The lengthiest sections of this little book listed annual fairs in England and Wales of fixed and moveable date. The first would generally be associated with a saint’s day, while the second would be of the type “second Monday in October”. This list of town names and dates represented important information in the days before Agricultural Advisers, Trade Fairs and Job Offices, when the fairs played an important role not only in buying and selling, but also in exhibiting innovations in husbandry, in information exchange and in the hiring of labor. It is generally held that Cardanus Rider is a pseudonym, and near-anagram: the letters rearrange as Ric_ard Saunder_. Richard Saunders was an English physician and astrologer, born in 1613, and who died (sources differ) either in 1675, 1687, or 1692.

The National Archives in London hold a book by Saunders on palmistry, with horoscopes; also attributed to him is The Astrological Judgment and Practice of Physick, published in 1677, although the fact that it includes charts from as early as 1616 to 1618 has led doubts to be cast on the actual authorship. Be that as it may, its subject matter was dear to the heart of “Cardanus Rider”; it stands as one of the earliest astro-medical treatises in the English language. Using the terminology of his day, the writer speaks of humours and winds, of conditions hot, cold or dry, of the cholerick and melancholy, of illnesses produced by the planets in the various signs of the zodiac, when to administer medicines based on planetary hours, and much more. (Wikipedia) 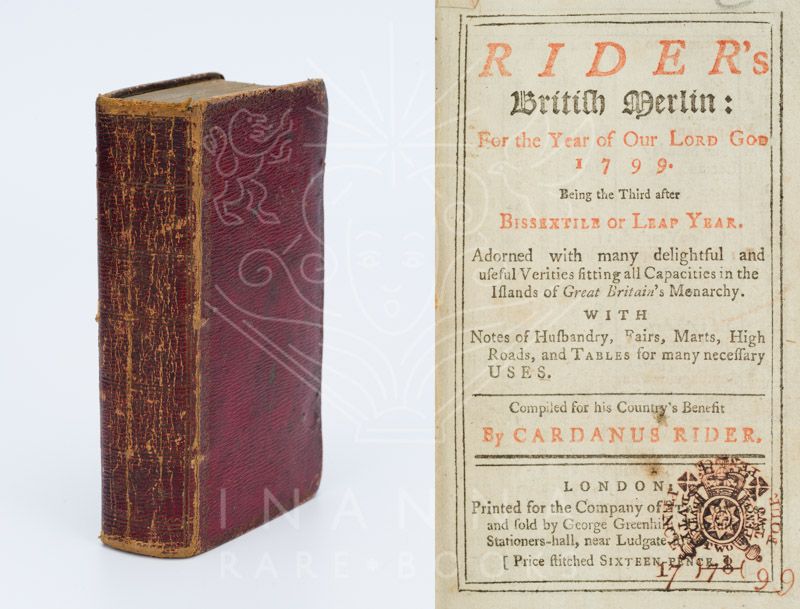 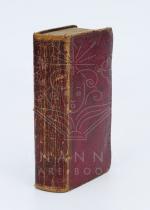 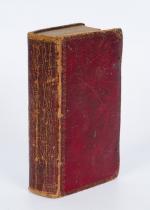 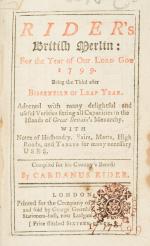 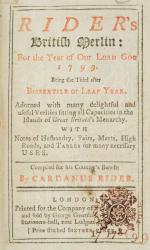 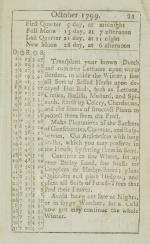