William Alexander Gerhardie (21 November 1895 – 15 July 1977) was a British (Anglo-Russian) novelist and playwright. Gerhardie was one of the most critically acclaimed English novelists of the 1920s (Evelyn Waugh told him ‘I have talent, but you have genius’). H.G. Wells also championed his work. His first novel, Futility, was written while he was at Worcester College, Oxford and drew on his experiences in Russia fighting (or attempting to fight) the Bolsheviks, along with his childhood experiences visiting pre-revolutionary Russia. Some say that it was the first work in English to fully explore the theme of ‘waiting’ later made famous by Samuel Beckett in Waiting for Godot, but it is probably more apt to recognize a common comic nihilism between those two figures. His next novel, The Polyglots, is probably his masterpiece (although some argue for Doom). Again it deals with Russia (Gerhardie was strongly influenced by the tragi-comic style of Russian writers such as Chekhov about whom he wrote a study while in College).

He collaborated with Hugh Kingsmill on the biography The Casanova Fable, his friendship with Kingsmill being both a source of conflict over women and a great intellectual stimulus. (Wikipedia)

Hugh Kingsmill Lunn (21 November 1889 – 15 May 1949), who dropped his last name for professional purposes, was a versatile British writer and journalist. (Wikipedia) 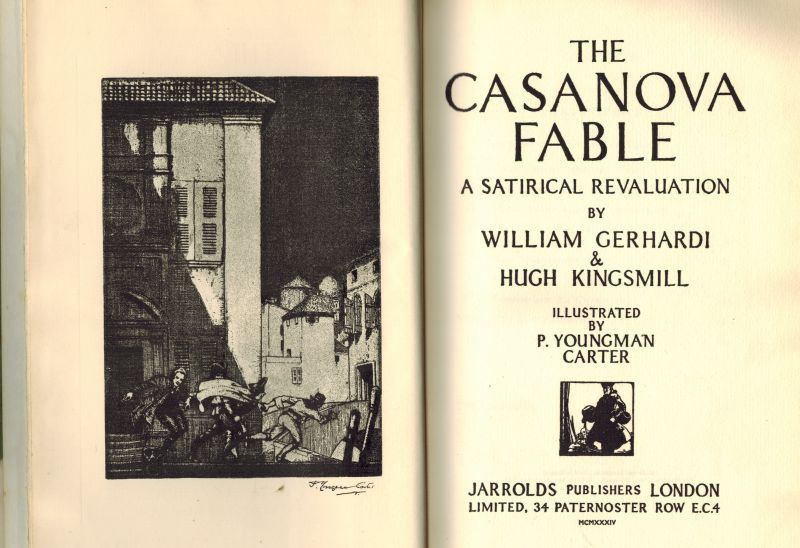