Metapolitics. From the Romantics to Hitler.

First Edition. New York, Alfred A. Knopf Inc., 1941. 15,5 cm x 21,5 cm. XIV, 335 pages, XXIV. Original blue cloth hardcover. Gilt lettering on the spine. Geometrical flourishes impressed on the front board. Good condition with minor signs of external wear. A rip in the cloth at the bottom of the spine. Traces of foxing on the pages. With several comments and annotations by Harry Zohn to the rear pastedown. [Books for Wartime. Borzoi Books].

This volume includes chapters about: “Romanticism” and the Cult of “Life”: an Attempt at Definition / From 1648 to 1848: the Two Souls in Action / Father Jahn, the First Storm Trooper / Siegfried: the Metapolitics of Richard Wagner / Metapolitics in Action: the Theology of Terror /

Peter Robert Edwin Viereck (August 5, 1916 – May 13, 2006) was an American poet, political thinker, and long-time professor of history at Mount Holyoke College. Viereck was prolific in his writing from 1938. He was a respected poet, with numerous published collections of poems and some poems first published in Poetry Magazine. He won the annual Pulitzer Prize for Poetry in 1949 for the collection Terror and Decorum. In 1955 he was a Fulbright Scholar at the University of Florence. 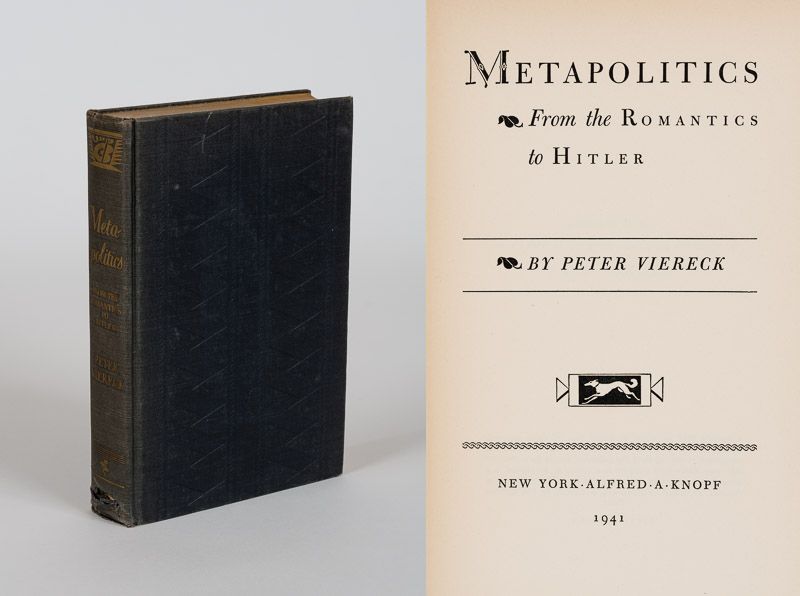 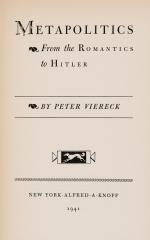 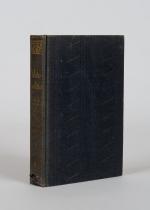