Fox-Davies, A Complete Guide to Heraldry.

A Complete Guide to Heraldry. [With a chapter: “The Status and the Meaning of a Coat of Arms in Great Britain”]. Illustrated by Nearly 800 Designs, Mainly from Drawings by Graham Johnston, Herald Painter to the Lyon Court.

Includes, for example, the following: The Origin of Armory / The Status and the Meaning of a Coat of Arms in Great Britain / The Heralds and Officers of Arms / Heraldic Brasses / The Component Parts of an Achievement / The Shield / The Rules of Blazon / The So-Called Ordinaries and Sub-Ordinaries / The Human Figure in Heraldry / The Heraldic Lion / Beasts / Monsters / Birds / Fish / Reptiles / Insects / Trees, Leaves, Fruits, and Flowers / Inanimate Objects / The Heraldic Helmet / The Mantling of Lambrequin / The Torse or Wreath / Mottoes / Babges / Marks of Cadency / Marks of Bastardy / The Armorial Insignia of Knighthood / The Armorial Bearings of a Lady / Augmentation of Honour / Ecclesiastical Heraldry / Arms of Dominion and Sovereignty / Hatchments / The Union Jack etc.

Arthur Charles Fox-Davies (28 February 1871 – 19 May 1928) was a British expert on heraldry. A barrister by profession, Fox-Davies worked on several notable cases involving the peerage, and also worked as a journalist and novelist.

Heraldry, Fox-Davies wrote in the Introduction to his treatise, ‘has been termed “the shorthand of History,” but nevertheless the study of that shorthand has been approached too often as if it were but the study of a dead language.” The author insists that heraldry, and the study thereof, is very much a live subject best approached with a scientific rigour with regards to the historical evidence and laws of Armory.
He traces the symbolic and historical origins of heraldic devices across cultures and eras, from the family tokens (mons) of the Japanese to investigating classical texts of Greece and Rome. Heraldry and Armory as it came to be commonly recognised, he tells us, can be dated only to the age of the Crusades at the earliest. This period brought adornment and decoration to the shields, armour, surcoats and helmets of the nobility across Europe. Fascinating chapters follow spanning examinations of the evolution of shields, coat-of-arms and helmets to revising the common understanding of the heraldric signs of illegitimacy – the infamous “bar sinister.”
The result is a lively investigation that became the standard work on the subject. “If we include the many instances of the human head and the human figure which exists as crest, and also the human figure as a supporter, probably it or its parts will be nearly as frequently met with in armory as the lion.” (p.159). The author has an encyclopedic knowledge of his subject and wears his learning well. The Ape, he tells the reader “is not often met with, except in the cases of the different families of the Fitz Gerald clan.” (p.215) A chapter cataloguing heraldic monsters such as the ‘Camelopard,’ Dragon, Unicorn, ‘Cockatrice,’ the mythical Merman and Mermaids and fabulously fabled ‘Amphisboena’ – which he tell us “must be seen to be duly appreciated” will appeal to novice and expert alike. 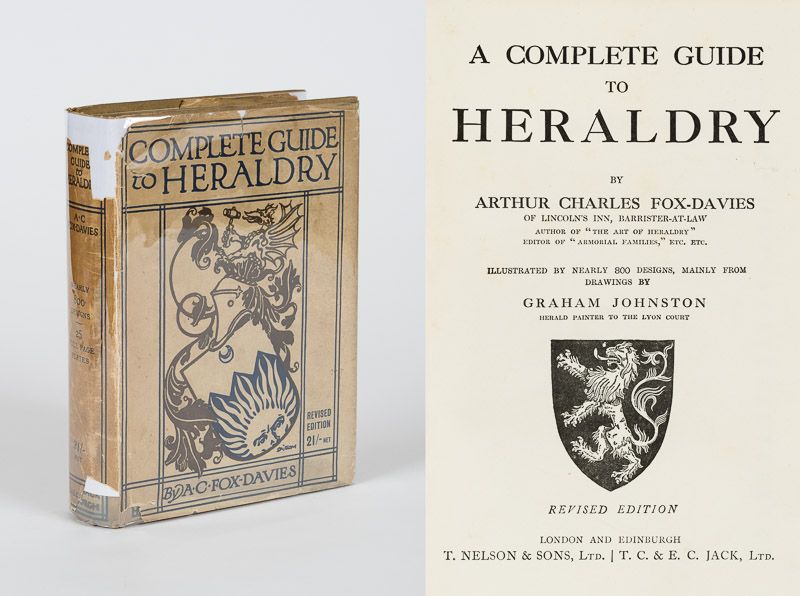 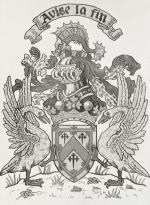 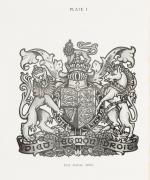 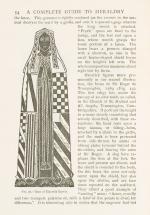 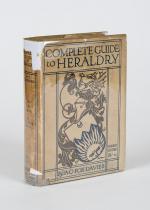 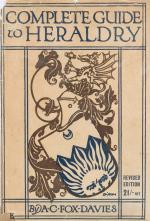 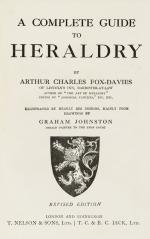