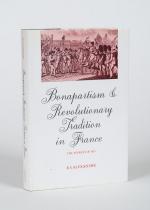 Bonapartism & Revolutionary Tradition in France. The fédérés of 1815. 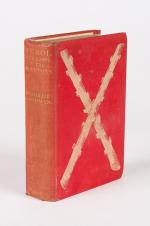 The Land in the Mountains – Being an Account of the Past & Present of Tyrol, Its People and Its Castles. Illustrated with Eighty-Two Plates and Maps of Modern Tyrol and Ancient Raetia. 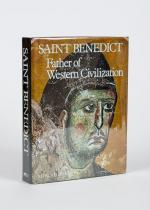 A History of European Banking. Text translated by Mark Steele.

Sacred Causes – Religion and Politics from the European Dictators to Al Qaeda.

Letters written by the late Right Honourable Philip Dormer Stanhope, Earl of Chesterfield, to his son, Philip Stanhope, Esq.; Late Envoy Extraordinary at the Court of Dresden: together with other several pieces on various subjects. Published by Mrs. Eugenia Stanhope, from the originals now in her Possession

The Third Edition. In Four Volumes (complete set). London, J. Dodsley in Pall-Mall, 1774. Octavo. Collation: Volume I: Engraved frontispiece of Stanhope, XVI, 352 pages / Volume II: (2), 355 pages / Volume III: (2), 376 pages / Volume IV: (2), 364 pages. (Collation complete). Hardcover / Original 18th century full calf with gilt lettering on original spinelabels. Very good condition with only minor signs of external wear. Smaller dampstain to lower first and last two pages of two volumes only. The bindings a little shaky but holding. Provenance: From the library of Robert Doyne, with his Exlibris – bookplate to the front pastedown of all four volumes. While he died already in 1733 and these books were published in 1774, it is very likely that the bookplates were still applied by his librarian or family / Sir Robert Doyne (1651-1733) was member of the Irish House of Commons for New Ross from 1692 to 1695, and later a distinguished judge who served as Chief Baron of the Irish Exchequer from 1695 to 1703 and Chief Justice of the Irish Common Pleas from 1703 to 1714. In the latter year like all the senior judges in Ireland appointed under Queen Anne he was removed by the new administration; while allegations of corruption were made, the removal seems to have been a simple matter of politics. Although the Irish House of Commons passed a resolution that he had acted corruptly no further action seems to have been taken against him and he lived in peaceful retirement for many years. (Wikipedia)

Castletown House, Co. Kilkenny, Ireland – Sold on the Instructions of George Magan, Esq. [With an introductory essay and photographic illustrations on “Castletown” by the Knight of Glin]. Objects of Art, Furniture, Pictures, Minitures, Books, Ceramics, Carpets, Garden Statuary and Furniture.