[Fletcher, The Spirit of Laws. [Personal copy of Senator and physician, William

The Spirit of Laws. [Personal copy of Senator and physician, William Baldwin Fletcher and his father Calvin Fletcher]. Translated from the French of M. De Secondat Baron de Montesquieu. By Thomas Nugent, L.L.D. The Sixth Edition, carefully revised and improved with considerable Additions by the Author.

Two Volumes in One (complete set). Dublin, Printed for W. McKenzie, 1792. Octavo (14 cm x 20 cm). Volume I: [8], 325 pages / Volume II: [7], 371, [21] pages. Hardcover / Professionally restored and decoratively rebound in full leather with new endpapers and spinelabels. This important publication comes from the eminent libraries of Indiana State Senator Calvin Fletcher and subsequently his son, educationalist, senator and Civil War Surgeon, William Baldwin Fletcher. With some annotations in the Index, highlighting for example the chapter referring to Montesquieu’s view on “Corruption” [″Of the corruption of the principles of the three governments”]. William Baldwin Fletcher, who inherited the book from his father, subsequently gifted it to a close friend of his: “Presented to Chas M O’Brien by his friend W.B.Fletcher”. Some professional paper-restoration and otherwise a very good condition with some minor signs of wear only.

William Baldwin Fletcher (August 18, 1837 – April 25, 1907). Fletcher, the son of pioneer Indianapolis lawyer Calvin Fletcher, was born in the capital city. In 1859, he graduated from the College of Physicians and Surgeons in New York City.
Two years later, after returning to Indianapolis, he enlisted in the Union army. During his first year of service, he was captured, placed in solitary confinement, wounded during the second of two escape attempts, and ordered to be executed. General Robert E. Lee granted Fletcher a reprieve pending further investigation, but before the investigation could take place, the Confederates lost his paperwork. No longer aware that he was considered a special prisoner, they paroled him.
In 1862, he returned to Indianapolis and married. In 1866-1867, Fletcher studied at hospitals in Glasgow, London, and Paris, as did many other elite physicians in the late 19th century. Upon his return to Indianapolis, he became a professor at the Indiana Medical College and the Central College of Physicians and Surgeons (see Medical Schools). He established the Indianapolis City Dispensary in 1870 (see dispensaries).
In 1882, the citizens of Marion County elected Fletcher, who by then belonged to the Democratic Party, as their state senator. The following year he became superintendent of the Indiana Hospital for the Insane (Central State Hospital). In addition to hiring the hospital’s first female physician, Fletcher abolished the use of mechanical restraints for patients, abandoned secret burials, and instituted dental care for patients. He lost his position in 1887 after calling attention to political abuses in the state hospital system.
In 1888, Fletcher opened a private sanatorium, Neuronhurst, for the treatment of mentally ill women. He immediately employed Mary A. Spink, M.D., who later became superintendent of the institution. Neuronhurst, also called Fletcher Sanatorium, offered patients exercise, daily therapeutic baths, and individual care.
Fletcher’s suffered from ill health following the death of his wife in 1904. He died of heart failure at his southern home in Orlando, Florida. (Source/Author of this Biography: CHARLES O. HAZELRIGG (1994) / Revised February 2021)

A wonderful translation of this classic, with detailed Index and the brilliantly modest ending to Montesquieu’s Preface: “If this work meets with success, I shall owe it chiefly to the grandeur and majesty of the subject. However, I do not think that I have been totally deficient in point of genius. When I have seen what so many great men both in France and Germany have written before me, I have been lost in admiration, but I have not lost my courage; I have said, with Corregio, And I also am a painter [″Ed io anche son pittore”]”. 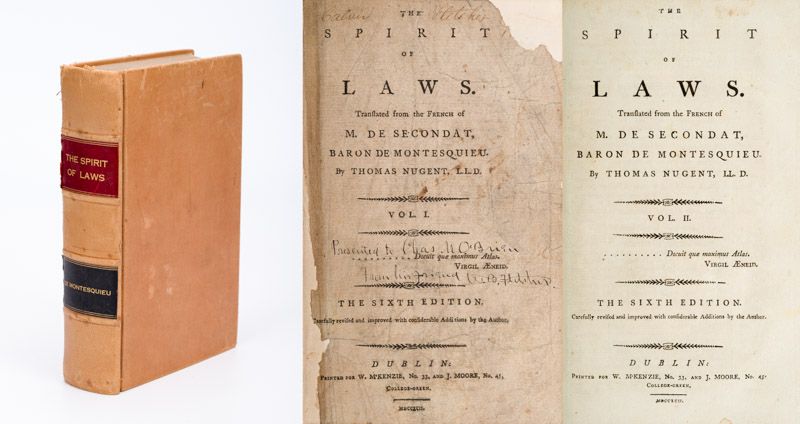 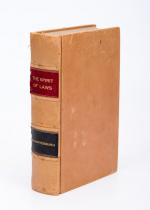 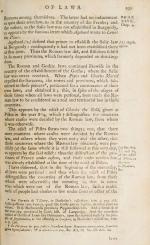 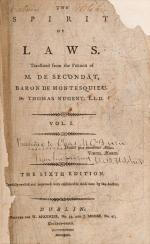