The Akikuyu – Their Customs, Traditions and Folklore. English Translation, With Illustrations and a Map.

Includes, for example, the following: The Kikuyu Country – Geology – Hydrography / The Kikuyu race – The Language – Religion / The New Born Child – Infanticide – Ceremonies – Pediatrics / Childhood – Kohaka Ngondu / Circumcision – Its value in the native mentality – Irregularities and impotence – Male and Female circumcision / Youth – War and dances – The Weapons – Economic value of the girls / Marriage – Betrothal – The wedding ceremony and sacrifices – Kerero or the weeping of the bride – Polygamy / Diseases and Medicines – Epidemics and contagious diseases -Quacks – The witchdoctor and his initiation – Sorcerors / Funereal Ceremonies – Belief in the souls of the dead – Horror of the dead – Corpses thrown to hyaenas – Purification rites – Burial ceremony / Jurisdiction and Penalties / Songs and Dances -Ethical, artistic and historical value of the song / Superstitions and Beliefs – An Animistic tribe – Goats, universal redeemers and propitiators – Amulets – Sin vomiting – Kahumbo Hill – Mt Kenya / Manners and Greetings -Kindness and rudeness – The rich man and his position / Folklore and Proverbial Wisdom – Proverbs – Legends – Fables – Riddles / The Catholic Mission of the Consolata Fathers etc.

An early ethnography of the Akikuyu. The monograph, with its first-hand accounts, was, nevertheless, colured by the scientific, religious and political theories and biases of its time. Cagnolo makes no reference to “religion of the Kikuyu” but examines the tribe’s belief and rituals under the chapter heading “Superstitions and Beliefs,” a chapter he ends by asking the reader to “entertain some feeling of pity for these poor slaves of ignorance.” He also goes on to offer a clarion call: “It is an obligation upon us civilized peoples to put these phantasms to flight, and to lighten their darkness with the sun of justice and the stars of civilization.” (p.189)

The book brims with fascinating observations: interesting in their own right; but also revealing about what they tell us, the modern reader, about the observer and his subjects and the relationship between these.
″Physically the Kikuyu types is not an athletic constitution. Middle height, generally slender, brown coloured, large zygomas, flat nose. He is not fit for heavy labour, but he makes up for physical effort with his finesse in circumventing the obstacle with the least possible outlay of energy. The local conditions that produce the necessities of life with the minimum of work, the clemency of the climate, that does not require much shelter, the almost exclusively vegetarian diet, must have immensely influenced his diet….The Kikuyu temper is distrustful and suspicious with a tendency to dissimulation and guile: behind which the weak and inferior entrench themselves.” (p.19-20)

″The Akikuyu display a stoicism regarding death that borders on indifference…. As soon as one has breathed his last, or when it is assumed that this has happened, all bonds of relationship and friendship are broken. Everyone goes his way: the living to their business, the dead to the jaws of the hyenas and jackals. Even the dead man’s memory must not survive, and every effort is made to leave it in oblivion. Because he is dead he may no longer be spoken of and it is an evil thing even to mention his name, even though it be one’s father or mother or a beloved child….It is a convention that the dead man is buried exclusively by his sons, and these must be circumcised, as an uncircumcised boy is not allowed at a public ceremony.” After describing the funeral ceremony is some detail Cagnolo concludes that, “Pagan peoples have always been fertile in foolish and childish ceremonies even in life’s saddest and most solemn circumstances. The Akikuyu are no exception to the rule, and exhibit, moreover, a callous forgetfulness of their dead, converting into spectres of dread and horror those who until yesterday were objects of closest affection. It is part of their psychology: death is associated with horror and anguish, ideas inimical to the materialistic and sensual paganism of the savage” (p.139-46)

Founded in Turin, Italy, on 29th January 1901 by Blessed Joseph Allamano, the Consolata Missionaries went to Kenya in 1902.
The Consolata Missionary sisters were founded on 29th January 1910.
The Kikuyu (also Agikuyu/Gikuyu) is the largest ethnic group in Kenya. They speak the Bantu Kikuyu language. At a population of 6.6 million as of 2009, they account for close to 17% of the total population of Kenya. (Wikipedia) 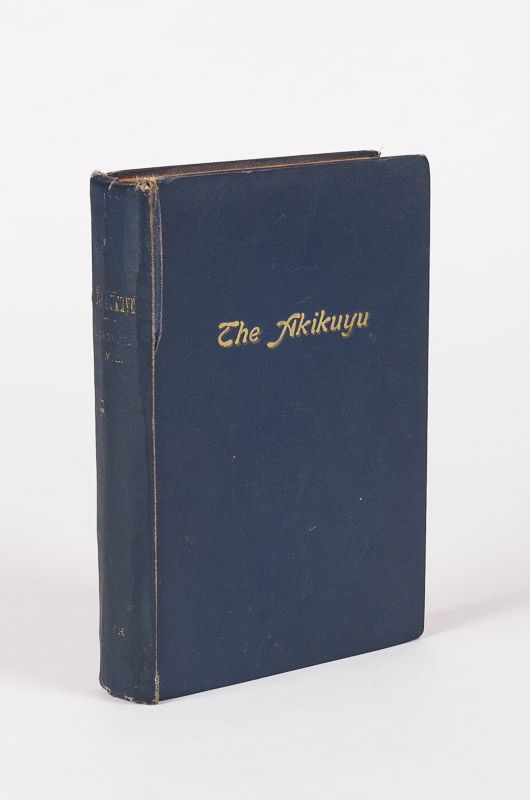 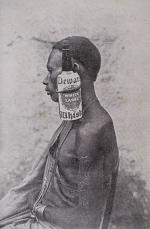 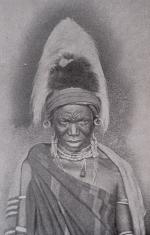 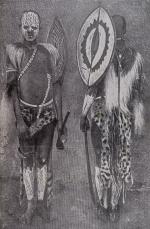