Hale, The Primitive Origination of Mankind, considered and examined According to

The Primitive Origination of Mankind, considered and examined According to The Light of Nature. [with extensive and very interesting, contemporary manuscript annotations by two or three contemporary owners of this book: William Hayward Roberts (English born schoolmaster, poet and biblical critic, cleric and Provost of Eton College), his son, Rev. William Roberts of Worplesdon, fellow and vice-provost of Eton College and one Edward D’Oyly / Bookplate – Exlibris of the “Roberts”-family mounted verso titlepage]. Written by the Honourable Sir Matthew Hale Knight: Late Chief Justice of His Majesties Court of King’s Bench.

First Edition. London, Printed by William Godbid, for William Shrowsbery [sic] [Shrewsbury] at the Sign of the Bible in Duke-Lane, 1677. Large Quarto. Frontispiece-portrait (original copper-engraving of Sir Matthew Hale by dutch print artist Frederick Hendrik Van Hove), [10], 380 pages. Modern Hardcover / Beautiful 20th century quarter-leather-binding with wonderful ornament and gilt lettering on spine. New endpapers and with original Bookplate / Exlibris of the Roberts – family verso the titlepage. With some stunning, extensive contemporary annotations and comments in ink, starting with page 1 and ending with page 355. While the annotations are more intense during the first 180 pages, they get more sparse towards the end. Loosely inserted is also a page of contemporary manuscript-notes reflecting on some of the passages in Hale’s work, outlining some paragraphs on Newton (Astronomy), Navigation (Argo), The Discovery of America etc. Hale’s publication is known to be the first ever publication to deal with “Evolution” [see Garrison-Morton] and the annotations in this superb copy embrace the controversy of the publication by reflecting for example on page 69:″the absurdity of the Hypothesis of the Ancients is refuted, who held that Human Nature had an Origination”. While Hale philosophises on page 76 in his text “That there are in our inferior world divers Bodies, that are concreted out of others, is beyond all dispute. We see it in the Meteors…the insinuations of the Aether and Air….other animals and some Vegetables have a more regular production from Seed as some perfecter sort of Vegetables and the nobler Animals and Men, which seminal Principle is a mixture of the divers particles of Matter and Spirits, derived and elicited from the Plant or Animal.” Our contemporary annotater simply reflects on one paragraph preceding the above with: “Mixed Bodies not eternal”. On page 93 it is reflected n the annotations that “God might have made the world sooner” – “But had he made it Millions of years sooner, it would not have answered his “ultimum posse” [of Almighty God] / Newton is mentioned, Paracelus, Cabalists [Cabbalists], etc. etc. Reflections in the annotations like “The Opinion of Americans with regard to the Being of a God” make this copy an amazing source of dispute, conflict and debate prior to Darwin’s “Origin of Species”. All annotations in a very readable hand. Excellent condition with only the portrait slightly frayed and minor signs of an ink-stain to the outer margins of 10 pages towards the end of the book. This work was beautifully rebound; clearly by a master-bookbinder.

In their publication “Race in Early Modern England” (pp. 266-269), Ania Loomba and Jonathan Burton highlight Matthew Hale’s work:
″Matthew Hale became Chief Justice of the King’s Bench in 1671. Best known as an authority on English criminal law, Hale was also the author of several religious treatises, including “The Primitive Origination of Mankind” (1677). While arguing for the creation of the human race by an intelligent agent, Hale here takes issue with the polygenetic arguments of Isaac de la Peyrère while himself speculating about the origins of Native Americans.” 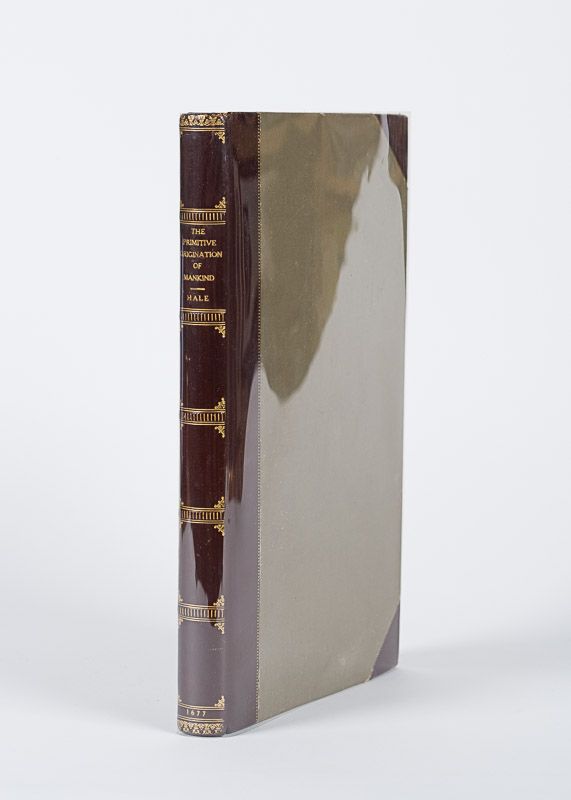 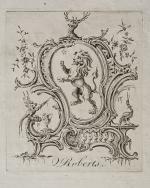 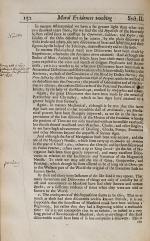 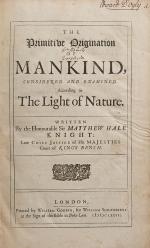 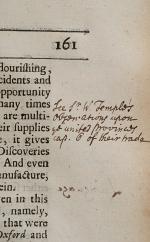 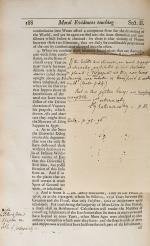 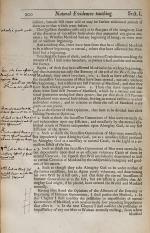 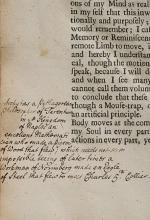