First French edition of one of Swedenborg’s main works from the library of swedish baron Carl Adam Wrangel, with his name on the titlepage in ink.

Carl Adam Wrangel af Adinal, born 28 November 1748 in Ovesholm, died 16 April 1829 in Araslöv in Färlöv parish, was a Swedish baron, one of the kingdom’s lords and governor of Kristianstad county. He was the son of Baron Henning Reinhold Wrangel af Adinal and his wife Hedvig Sofia Winterfeld.
Wrangel became a lifeguard in 1766, a captain in the army in 1772 and then resigned in April 1773. He became chamberlain to the widowed queen Lovisa Ulrika in 1774 and governor of Kristianstad county from 1786 to January 1803.
After his father’s death in 1783, Carl Adam Wrangel inherited Ovesholm’s estate in Träne parish from his parents. In 1787 he also inherited Araslöv’s estate, which at this time encompassed the entire parish of Färlöv. Araslöv was previously owned by his mother’s aunt, Sofia Elisabeth Ridderschantz. She was called “Skånska Prinsessan” because she was the grand-granddaughter of King Christian IV of Denmark and her habits were also very royal.

Carl Adam Wrangel was a prominent farmer, fully comparable to Macklean on Svaneholm and Stjernswärd on Engeltofta, and carried out major reforms on his Scanian properties. Through large ditching companies, new land was laid under the plow. One shift was carried out and Araslöv was divided according to the Scottish pattern into farm units, eleven so-called farmer. Each farm covered a few hundred acres and was provided with magnificent and stately buildings, newly laid out gardens and avenue-planted access roads.

Carl Adam Wrangel finally inherited Sperlingsholm’s estate in Övraby parish outside Halmstad in 1789 from his uncle Georg Gustaf Wrangel, who this year moved abroad.
He married 6 April 1779 at Barsebäck in Skåne to Countess Anna Margareta Hamilton, born 1760. She was the daughter of the field marshal, Baron Gustaf David Hamilton af Hageby and his wife Jakobina Henrietta Hildebrand. In the marriage two sons were born:

None of the sons had children and the baronial family Wrangel af Adinal was thus extinct in 1833. 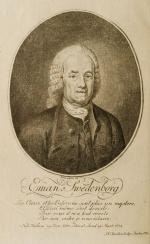 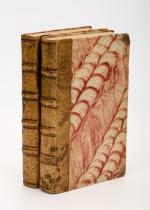 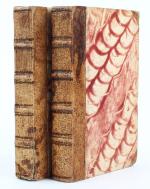