[Carew, The Life and Times of Sir Peter Carew, Kt. (From the Original Manuscript

The Life and Times of Sir Peter Carew, Kt. (From the Original Manuscript) – With a Historical Introduction and Elucidatory Notes, by John MacLean. [Personal copy of John Carew Esq., with two unpublished manuscript letters by historian George Oliver, Exeter (Devon), tipped-in to the rear of the Volume, one longer manuscript entry to the rear in which George Oliver mentions that he has consulted the Inventory of Ottery Mohan House and that he has “made a few pencil notes in the margin” of the book (Oliver must have been sent the book and then returned it or it was his own copy and he gifted it to John Carew)/ George Oliver helped John Carew, Esq., a descendant of Sir Peter Carew, to identify some information form the original manuscript of John Hoker, to which Oliver must have had access. The letters deal with details of John Hoker’s [Hooker’s] Manuscript on Sir Peter Carew and details in John MacLean’s Biography of Carew. George Oliver’s correspondence with John Carew, a descendant of Sir Peter, is very interesting indeed and Oliver seems to study the original manuscript by Hoker for John Carew and reports his insight in the original manuscript of Hoker’s Manuscript on History, mentioning for example Carew’s death-notice: “This year died the worthy and Honorable Knight Sir Peter Carew at Ross in Leinster, and buried in the City of Waterford in Munster in Ireland, in all such honourable order…” (see detailed images on our website)].

London, Bell & Daldy, 1857. Octavo. Frontispiece portrait of Sir Peter Carew (Steel Engraving by J.J.Chant, being Plate I.), CXVIII, 317 pages plus 6 pages “List of Subscribers”. With several Plates: Plate II: Musical Notes: “By a Bank as I lay” / Plate III: Monument to Sir Peter Carew in St.Peter’s Cathedral, Exeter (Steel Engraving) / Plate IV: Folded Map of Kylkenny (Kilkenny) / Plate V: Pedigree of the Family of Carew (Large Fold – out Plate). Hardcover / Original publisher’s cloth with gilt lettering on spine and armorial emblemata on front board. With the armorial supralibro of the Carew Family to the binding’s front board: Arms of Carew: Or, three lions passant in pale sable / Manuscript-entry of previous owner John Carew on endpaper. Boards fragile and spine loosened. In protective Collector’s Mylar to give the slightly broken binding stability. A very rare publication with the beautiful, signed manuscript-letters by George Oliver, signed in the years 1857 and 1858. The letters are also of interest regarding the history of John Hoker [John Hooker / John Vowell] because George Oliver mentions Hoker’s entry “into the New Office of Chamberlain of Exeter at Michaelmas 1555 – having the fee of £4 by the yere & his Lyveries – MS. Hist. p.351”.

George Oliver (1781–1861) was an English Roman Catholic priest and a historian of Exeter, Devon, England, and its environs.
Oliver born at Newington, Surrey, on 9 February 1781, and was educated, first at Sedgley Park School, Staffordshire, and afterwards at Stonyhurst College. During the eleven years that he spent at Stonyhurst, Charles Plowden was his spiritual director, and took an interest in his literary studies. He was promoted to holy orders at Durham by bishop William Gibson, in May 1806.
In October 1807, he was sent to the mission of the Society of Jesus at St. Nicholas, Exeter, as successor to Thomas Lewis. This mission he served for forty-four years, retiring from active duty on 6 October 1851. He continued, however, to reside in the priory, and occupied the same room till the day of his death.
Oliver was one of the last Catholic priests, pupils of the English Jesuits, who did not enter the Society, but remained in the service of the English province, and subject to its superiors. On 30 March 1843 he was elected an honorary member of the Historical Society of Boston, US, and on 15 September 1844 he was created D.D. by Pope Gregory XVI. On the erection of the canonical chapters in 1852, after the restoration of the hierarchy by Pope Pius IX, Oliver was appointed provost of the chapter of Plymouth, a dignity he resigned in 1857. He died at St. Nicholas mission, Exeter, on 23 March 1861, and was buried on 2 April near the high altar in his chapel.
Oliver’s works relate mainly to the county of Devon. They include:

‘Historic Collections relating to the Monasteries in Devon,’ Exeter, 1820.
‘The History of Exeter,’ Exeter, 1821, 8vo; 2nd edit. Exeter, 1861. An index to the second edition, privately printed in 1884, was compiled by J. S. Attwood.
A translation of Father John Gerard’s Latin ‘Autobiography’ from the manuscript at Stonyhurst College; printed in fourteen numbers of the Catholic Spectator, 1823–6.
‘Ecclesiastical Antiquities of Devon, being Observations on many Churches in Devonshire, originally published in the “Exeter and Plymouth Gazette,” with a Letter on the Preservation and Restoration of our Churches,’ Exeter, 1828,; written with the Rev. John Pike Jones of North Bovey, who contributed the introduction and the descriptions of twelve churches.
‘Ecclesiastical Antiquities in Devon, being Observations on several Churches in Devonshire, with some Memoranda for the History of Cornwall,’ 3 vols., Exeter, 1839–40–1842. A new work.
‘Cliffordiana,’ privately printed, Exeter [1828], containing a detailed account of the Clifford family, three funeral addresses, and a list of the pictures at Ugbrooke Park. The author made collections for an enlarged edition, and wrote a series of thirteen articles on the ‘Cliffords of Devonshire’ that appeared in the ‘Exeter Flying Post’ between 1 June and 29 September 1857.
‘Memoir of the Lord Treasurer Clifford,’ London [1828?], reprinted from the Catholic Spectator; the article was subsequently rewritten, and appeared in the ‘Exeter Flying Post,’ 22 and 29 June 1857.
‘Collections towards illustrating the Biography of the Scotch, English, and Irish Members of the Society of Jesus,’ Exeter, 1838; a second edition, limited to 250 copies, London, 1845. These biographical notices appeared originally in the ‘London and Dublin Weekly Orthodox Journal,’ vols. ii.–iv. (1836–37).
‘Merrye Englaunde; or the Goldene Daies of Goode Queene Besse’ (anon.), London, 1841. This first appeared as a serial story in the ‘Catholic Magazine,’ vols. ii., iii. (1838–39). The plot is laid in Cornwall, and is based upon the adventures and persecutions of some catholic families in that county.
‘Description of the Guildhall, Exeter,’ in conjunction with Pitman Jones, Exeter, 1845; 2nd edit. 1853.
‘A View of Devonshire in MDCXXX, with a Pedigree of most of its Gentry,’ by Thomas Westcote, edited by Oliver in conjunction with Pitman Jones, Exeter, 1845.
‘Monasticon Dioecesis Exoniensis, being a Collection of Records and Instruments Illustrating the Ancient Conventual, Collegiate, and Eleemosynary Foundations in the Counties of Cornwall and Devon, with Historical Notices, and a Supplement, comprising a list of the dedications of Churches in the Diocese, an amended edition of the Taxation of Pope Nicholas, and an Abstract of the Chantry Rolls,’ Exeter: P. A. Hannaford, 1846. An ‘Additional Supplement … with a Map of the Diocese, Deaneries, and Sites of Religious Houses,’ appeared in 1854. These are additions to the edition of William Dugdale’s ‘Monasticon’ by Sir Henry Ellis and Bulkeley Bandinel. An “Index nominum, locorum et rerum” by J. S. Attwood was published at Exeter in 1889.
‘Collections illustrating the History of the Catholic Religion in the Counties of Cornwall, Devon, Dorset, Somerset, Wilts, and Gloucester. … With notices of the Dominican, Benedictine, and Franciscan Orders in England,’ London, 1857.
‘Lives of the Bishops of Exeter, and a History of the Cathedral,’ Exeter, 1861.
Letters on ecclesiastical and parochial antiquities, family history, and biography, extending over a period of nine years, sent under the signature of ‘Curiosus,’ to local newspapers, and principally to the ‘Exeter Flying Post.’ These communications were collected and inserted in two folio volumes by Pitman Jones, who added notes. Winslow Jones, son of the latter, presented these volumes in 1877 to the library of the Devon and Exeter Institution. Forty-eight of the communications contain the memoirs of about seventy-five celebrated Exonians.
Oliver was a contributor to the English Catholic periodicals of his time, his articles relating generally to catholic biography, history, or antiquities. He also had the principal share in preparing for publication the ‘Liber Pontificalis’ of Edmund Lacy, bishop of Exeter, which appeared in 1847, as edited by Robert Barnes.
A lithographed portrait of Oliver was published shortly after his death by George G. Palmer of Exeter. This was reproduced as a frontispiece to Thomas Nadauld Brushfield’s ‘Bibliography.’ (Wikipedia)

John Hooker, John Hoker or John Vowell (c. 1527–1601) was an English writer, solicitor, antiquary, civic administrator and advocate of republican government. He wrote an eye-witness account of the siege of Exeter that took place during the Prayer Book Rebellion in 1549. From 1555 to his death he was chamberlain of that city, though he spent several years in Ireland as legal adviser to Sir Peter Carew during his claim to lands there. He was, for short periods, a member of both the Irish and English parliaments and wrote an influential treatise on parliamentary procedure. He was one of the editors of the second edition of Raphael Holinshed’s Chronicles, published in 1587. His last, unpublished and probably uncompleted work was the first topographical description of the county of Devon. (Source: pamelamorse.com)

Sir Peter Carew (1514 – 27 November 1575) of Mohuns Ottery, Luppitt, Devon, was an English adventurer, who served during the reign of Queen Elizabeth I of England and took part in the Tudor conquest of Ireland. His biography was written by his friend and legal adviser, the Devon historian John Hooker (d.1601). (Wikipedia) 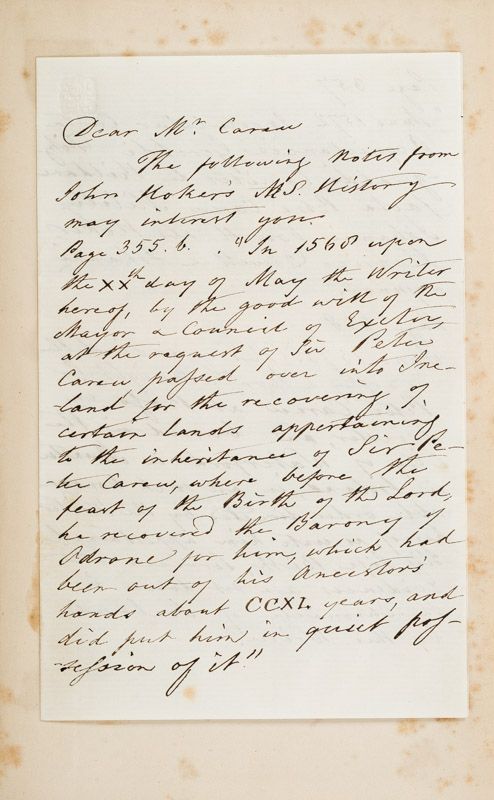 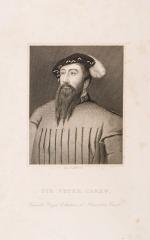 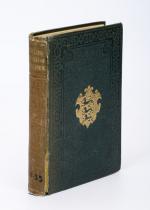 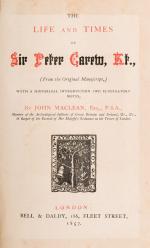 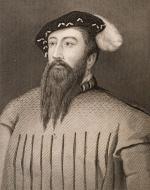 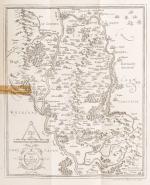 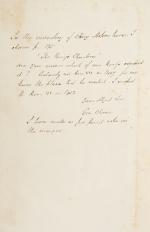