First Edition. Warsaw, Panstwowy Instytut Wydawniczy, 1965. Octavo. 120 pages. Original, illustrated softcover in protective collector’s mylar. Original first polish edition. The work translated as “Conversations with the Devil”. A collection of witty incisive dialogues which cast moral and religious issues in a rather curious light. A tour de force. Kolakowski’s criticism of Marxism made him a focus of intellectual dissent in Poland from 1956 until his emigration to the U.S. in 1968. A very good+ copy with creasing to one page, in illustrated red self-wraps with wear to spinal extremities.

Leszek Kolakowski (23 October 1927 – 17 July 2009) was a Polish philosopher and historian of ideas.
He is best known for his critical analyses of Marxist thought, especially his three-volume history, Main Currents of Marxism (1976). In his later work, Kolakowski increasingly focused on religious questions. In his 1986 Jefferson Lecture, he asserted that “We learn history not in order to know how to behave or how to succeed, but to know who we are.”
Due to his criticism of Marxism and Communism, Kolakowski was effectively exiled from Poland in 1968. He spent most of the remainder of his career at All Souls College, Oxford. Despite this exile, Kolakowski was a major inspiration for the Solidarity movement that flourished in Poland in the 1980s and helped bring about the collapse of the Soviet Union, leading to his being described as the “awakener of human hopes” (Wikipedia) 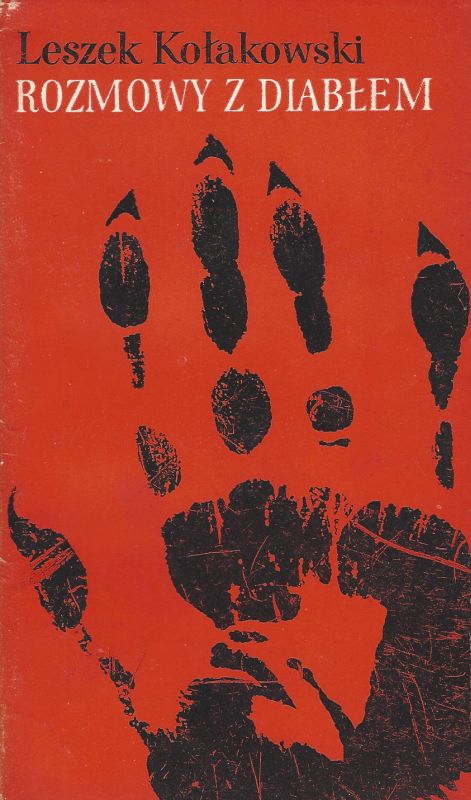