Tallis, Nova Scotia and Newfoundland with Vignettes and illustrations of Halifax

Nova Scotia and Newfoundland with Vignettes and illustrations of Halifax, Cod Fishery of Newfoundland. The Vignettes showing Cape Breton and Prince Edward Island, Anticosti Island and the mouth of the St.Lawrence River. The outher margins of the map beautifully illustrate the importance of the Cod Fishery to these regions by showing Cod on hooks. Also on the map a beautiful, large illustration of a Steamship with the fleet of Cod-Fishers behind it. 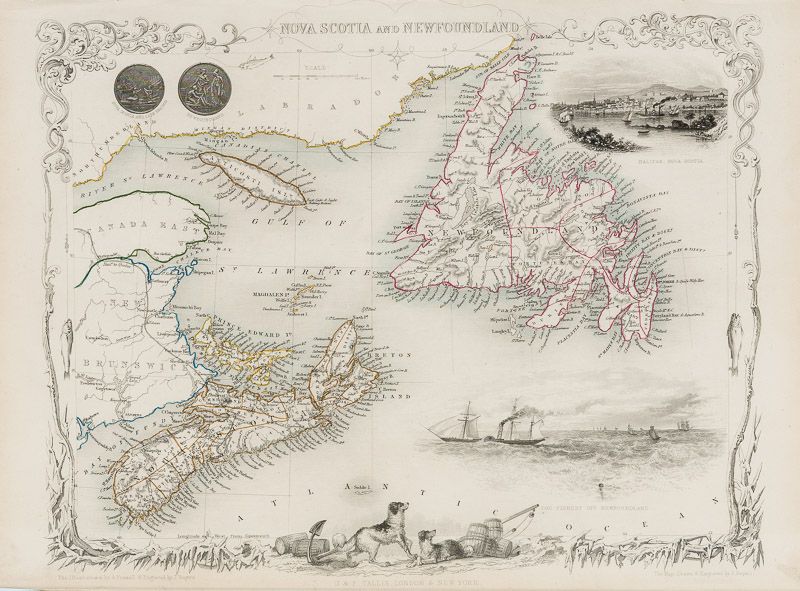