Tallis, East Canada and New Brunswick with Vignettes and illustrations of Quebec

East Canada and New Brunswick with Vignettes and illustrations of Quebec City and a group of Native Americans. The map shows in detail the area between the Bay of Fundy and the St.Lawrence River, to the West it shows reaches as far as Montreal with Trois-Rivières to the North. 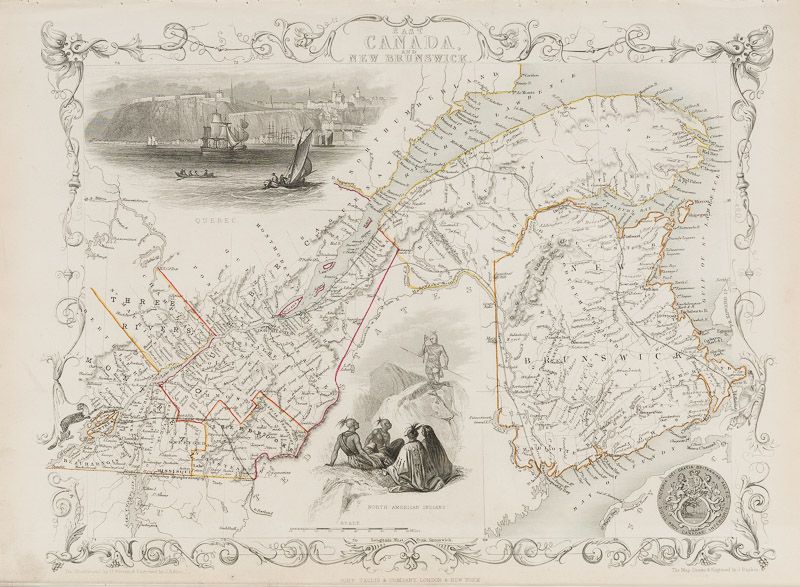 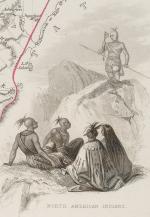