Original Photograph / Vintage Albumen Print from c. 1885 / 1890, of the recently erected Statue / Sculpture [Bronze] of norwegian educator, jurist, economist and politician, Anton Martin Schweigaard. The rare photograph shows the statue at its original location, with locals walking in front. The sculptor of Schweigaard’s Statue was nowegian sculptor and educator Julius Olavus Middelthun, who taught among others, Edvard Munch at the Royal Drawing School in Christiania (Tegneskolen i Kristiania). Original Lithograph / Lithographic portrait by P.Gemzøe.

Julius Olavus Middelthun (3 July 1820 – 5 May 1886) was a Norwegian sculptor and educator. He is most associated with his busts and statues. Middelthun was born at Kongsberg in Buskerud, Norway. He was the son of Georg Middelthun (1779–1831) and Maren Margrethe Jørgensen (1785–1829). His father was employed at the Royal Norwegian Mint at Kongsberg. As a young man he trained as a goldsmith before moving to Copenhagen to study with Herman Wilhelm Bissen. His ten years there were followed by eight years in Rome (1851-6), after which he returned to Norway.
From 1869 until his death in 1886, Middlethun taught at the Royal Drawing School in Christiania (Tegneskolen i Kristiania) now the Norwegian National Academy of Craft and Art Industry in Oslo. Among his students were Erik Werenskiold (1883), Louis Moe and Theodor Kittelsen (1874), as well as Edvard Munch (1881) who painted the famous painting The Scream. (Wikipedia)

Among others, Julius Middelthun created the following statues and busts: 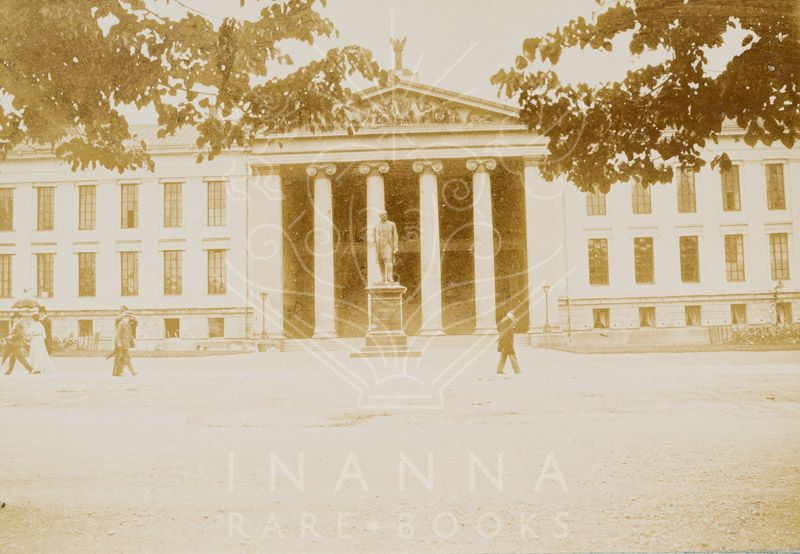