[Burke, Collection of a run of 22 Volumes from the library of Richard Meade of:

22 Volumes. London, J.Dodsley, 1781 [1782] – 1810 [1811]. 14,7 cm x 22 cm. c. 5000 pages. Hardcover / Original 18th-century full leather with gilt lettering on spine with replaced and / or repaired spine-labels. Very good condition after the Volumes experienced some repair and new spine-labels from a professional bookbinder. With some signs of external wear and a minor cracks and rubbing to bindings. Bookplate / Exlibris of Richard Meade of Ballymartle to pastedown or loosely inserted to some Volumes (missing in others). Important periodical, also dealing with irish History in detail and often the Volumes include folded vintage maps of the late 18th and early 19th century.

Here below we include some of the content in the Volumes from this collection.

The Annual Register of the:

Year 1781: “Retrospective View of affairs in America and the West Indies in the Year 1780 including State of Hostile armies on the side of New York previous to and at the arrival of General Sir Henry Clinton from the reduction of Charles Town [Charlestown] / Shott campaign in the Jersies / Connecticut forms Springfield / Marquis de la Fayette arrives from France / General Washington passes the North River / Invasion of Canada intended and preparatory proclamations issued by the Marquis de la Fayette” /

The Annual Register was created in 1758 by the publishers James and Robert Dodsley. On 24 April 1758 the Dodsley brothers signed a contract with Edmund Burke (1729–97) to write and edit the material for The Annual Register, which was conceived as an annual publication which would review the history, politics and literature of the day. Born in Ireland, Burke had trained as a lawyer before abandoning this field and turning to writing. He was an up-and-coming member of the intelligentsia and had already written several notable works, published by Dodsley. According to his contract with Dodsley, Burke was paid £100 per annum as editor of The Annual Register.

In its original form, The Annual Register comprised a long historical essay on the “History of the Present War” (the Seven Years’ War 1756–63), a Chronology, which gave an account of interesting and noteworthy events in Britain over the previous year, and a collection of “State Papers”, a miscellany of primary source material which included official documents, speeches, letters and accounts. In his preface to the 1758 volume Burke noted the difficulties he had faced in writing the history section of the book. Taking the “broken and unconnected materials” and creating from them “one connected narrative” had been, he commented, “a work of more labour than may at first appear”. Nevertheless, his perseverance and skill as an historian meant that by the time of its publication the first volume of The Annual Register contained a unique, contemporaneous account of the war, analysing its origins and development with a perspective not readily available at the time in newspapers or magazines. As a result, the book sold widely, with the first volume going through five editions in its first 10 years.

Given the conventions of the day, within which journalism was seen as a disreputable profession for a gentleman, Burke was publicly reticent about his connection with The Annual Register. However, his biographers are in agreement that Burke wrote and edited the book single-handedly until 1765, when he entered Parliament. From this time Thomas English was closely involved in writing the book and is regarded by some authorities as having taken over the editorship from Burke in that year. Scholars are divided on the question of Burke’s association with the book thereafter, although many suggest that he continued to contribute to the history section and that he played a significant role in overseeing The Annual Register’s compilation until the 1790s, even though much of the editorial work by this stage was being done by others.

By the 1760s The Annual Register had established itself as amongst the most respected journals in print. However, the immense scale of the work meant that its early years were characterised by frequent delays in publication and a chaotic period in the late eighteenth and early nineteenth centuries when there were two competing versions of the title, each claiming to be its legitimate incarnation.

Having been created in 1758, The Annual Register was published by the Dodsley brothers until 1763 and, following Robert Dodsley’s death, by James Dodsley alone until 1790. The sequence of Dodsley volumes was confused, however, by the practice of falsely dating a number of first editions in order to conceal the increasing delays (on occasions up to three years) between the year of publication and the year of the events described within a particular volume. A number of reprints and “counterfeit firsts” were also issued during the Dodsley period.

Following the publication of the 1790 volume in December 1793, Dodsley disposed of The Annual Register. He sold the stock and copyright of the volumes already issued to Messrs Otridge and assigned responsibility for future volumes to another publisher, Rivington. Under the new publisher the delays increased further, with the 1792 volume of the “Genuine” Annual Register not appearing until September 1798 (three months after the death of Thomas English) and the 1793 volume not being printed until July 1806. During this period Otridge produced volumes of its own “Original” Annual Register, covering the missing years and selling them at 8 shillings, compared with the 13 shillings charged by Rivington. Faced with this competition from a rival with greater resources, Rivington attempted to make good the arrears while also bringing out subsequent volumes more promptly. Some ground was recovered, although a number of years had still not been produced (1813–19) when Rivington finally went into partnership with Baldwin Craddock and Joy, a publisher which had already acquired a major share of Otridge in 1815. Thus, from the 1825 edition (produced in 1826) the competing Annual Registers were combined by Baldwin and Co. into a single title. (Wikipedia) 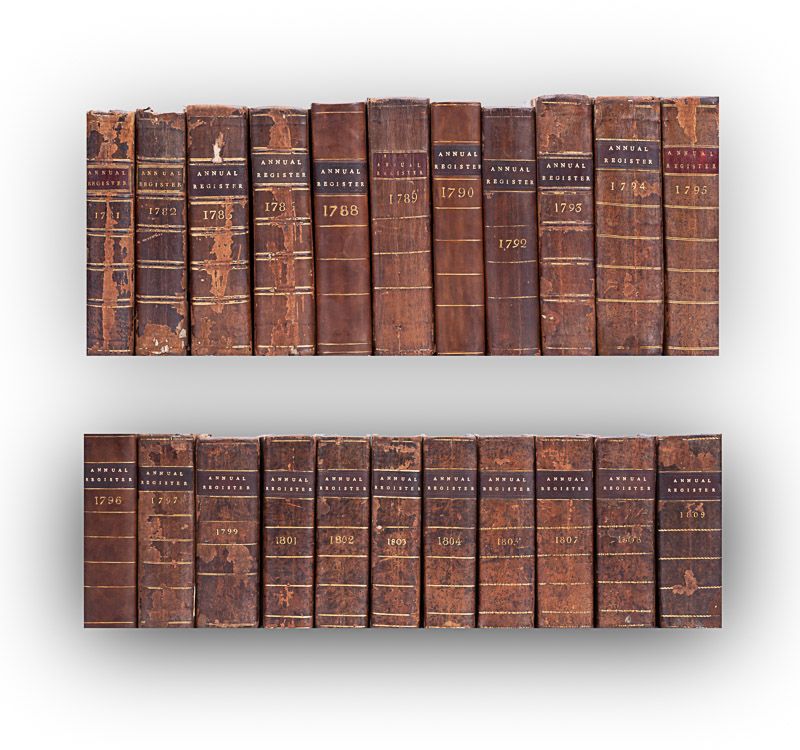 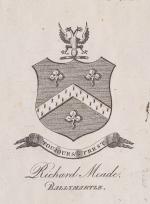 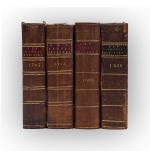 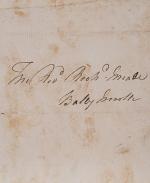